A female idol contestant surprised audiences with her appealing vocals.

On the March 1st installment of 'King of Masked Singer', the contestant under the mask 'Life Is Egg' delivered a heartfelt stage with a cover of "Good Bye Sadness, Hello Happiness" by Yoon Mi Rae.

'Life Is Egg'  earned this 2nd-round solo stage after winning against 'Cyder' last week, together which they performed "3! 4!" by Roo'ra.

However, this week, 'Life Is Egg' could not beat the stage when placed against 'The Picture of The Giraffe That I Drew', who sang Wheesung's "The Story That Can't Be Told".

Before the identity reveal of 'Life Is Egg', Weki Meki's Doyeon and Yoojung guessed that the contestant might be (G)I-DLE's Miyeon, judging by the singer's attractive husky voice.

The contestant was indeed (G)I-DLE's Miyeon! After revealing her identity, Miyeon expressed the honor she felt by delivering her first-ever solo stage since debut. Furthermore, she asked audiences to look out for (G)I-DLE's attractive vocal colors as well as their dance performance abilities.

Guys check clip from last week when she was dancing with Doyeon and Yoojung, it will make you smile and laugh! 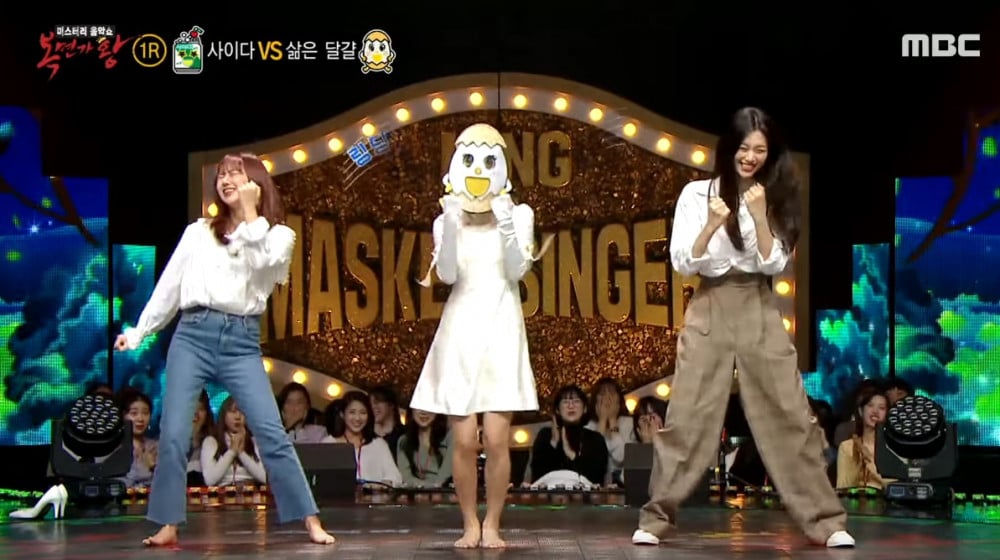 is there going to be an article about Soyul too?

Netizens realize they're getting old after seeing all the young ages of the rookie groups these days
4 hours ago   12   6,007

Netizens excited for BLACKPINK's first "full album" but disappointed it only has six new songs
6 hours ago   70   9,280

Yuri states she talks about marriage with Girls' Generation members and there is a member who wants to get married right away
5 hours ago   9   8,506

Netizens excited for BLACKPINK's first "full album" but disappointed it only has six new songs
6 hours ago   70   9,280

Fans prepare a wonderful gift for BTS's Jimin that is being praised for being so pretty
5 hours ago   9   1,912

Super Junior's Ryeowook leaves a message of apology toward fans after his recent dating news with singer/actress Ari
20 hours ago   72   36,510