[PANN] Idol Group who was at Their First MAMA Stage

I saw a lot of positive comments about them after their MAMA stage and it made me happy, so I want to write a little bit about them!ㅠㅠ

They performed for the first time at MAMA since their debut.

They mixed BTS' 'Blood, Sweat and Tears', SHINee's 'View', Miss A's 'Goodbye Baby' and their own song 'Wonderland'. I'll leave the link below

It's said Sancouldn't cover 'Blood, Sweat and Tears' when he was a trainee but he covered it very well at MAMA stageㅠㅠ

Wooyoung's role model is BTS' Jimin!! He did Jimin's part and also was a Big Hit trainee before joining his company ㅎㅎ

There is also a member named Yeosang who was a Big Hit trainee. At first glance you might think he's a mixed race but he's 100% Korean.....ㅎㅎ

Mingi who tore his clothes at MAMA stage!! He couldn't take part in the activities due to his injury but he returned to the stage at MAMA...

And what's amazing about this is that, all the members above were born in 1999.

Yunho is a 99-liner, too. His birthday is the earliest among members so he's the leader of 99 liners ㅋㅋㅋㅋㅋㅋ
Also the tallest member in group. 1,85 cm!!

Here are the older members who were born in 1998. First one is the leader Hongjoong!!

The gif above is from their Wave activities. Red hair fits him so well ㅎㅎ

This is Seonghwa!! He originally joined the group as a rapper but he's also very good at vocals, so now he's in charge of vocals.

Have you seen the video of him breaking apples with his hands while singing Lim Chang-jung's new song...??

That's our youngest Jongho ㅠㅠ
He was born in 2000 and is the main vocalist.

And if you like something soft, I will finish by recommending Wave....♡

1.[+206, -9] I've been following them since this summer!!!! Their music is so good, so I bought their debut album! I think my favorite one is Hongjoong who is the shortest member... By the way, I'm an Army!!

3.[+116, -2] They are really scary at stage but I like the fact that all members are very cute and talkative behind the stage.

6.[+49, -2] I personally think that their charm is very different. They are so dark and scary at the stage but very cute behind the stage. ㅋㅋㅋㅋㅋㅋㅋ Really amazing

8.[+38, -2] Ah, you wrote a very good articleㅜㅠㅜㅠㅜㅠㅠ  Thanks a lotㅜㅠㅜㅠㅜㅠ I knew Yeosang and Wooyoung were Big Hit trainees. You can see them hanging out with TXT members. Also San sings and dances very well!! His fancam videos are the most watched ones among ATEEZ members. Born to be an idol! Thank you so much for writing thisㅠㅠㅜㅜㅜ♥ I'll leave a photo of Seonghwa,,

9.[+33, -2] ATEEZ is not like a rookie. Their stages are amazing. They have a lot of great songs. I personally think that Light and Utopia are amazing. Please listen to them. They are very talented

WHy is this an article? Your title is also misleading. It gives the reader the impression that you're going to mention multiple groups not just one.

My fav rookie group. Get that recognition! 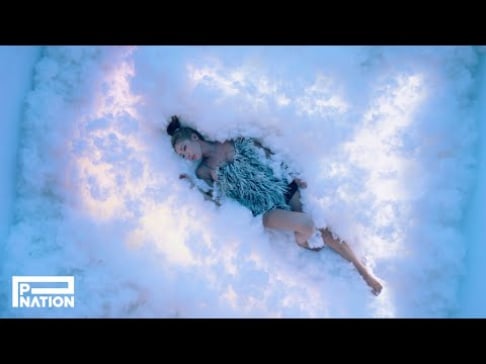 Jo Kwon reveal of having a genderless image, gets confused as being non binary by western Kpop fans
18 hours ago   25   5,282