The anger is continuing to rise as netizens demand that Mnet release the names of those involved in the voter fraud controversy tied to hit series 'Produce 101'.

Netizens have been taking to comment boards to demand that Mnet release the names of those involved, stating:

"Stop making the kids victims and reveal the names."

"There are innocent people out there getting the blame. Release the names."

"Release those names or the groups are going to disband."

People who paid money to vote deserve to know who the rightful members are. Furthermore, people who were robbed of a chance to be in a group, pay off their debts and possibly spark a future career deserve to know if their names were on that list. There will be casualties no matter what, but those victims deserve the truth, and they deserve it now.

Everyone is in deep shit as it is. The names might as well get released now so that everyone can move on fully without fear of it being revealed in the future. I have a weird feeling that the true results will shock everyone. 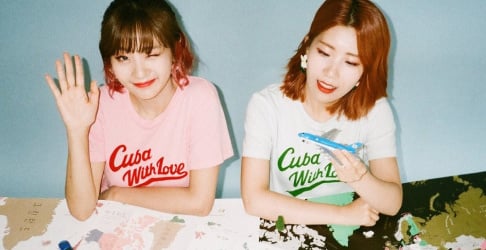 Former KARA member Jiyoung talks about her lasting memories of the late Hara
2 hours ago   1   4,307

Taeyeon's homemade bracelets receive a lot of attention from her idol friends
2 days ago   5   8,586