As the ongoing trial involving idol abuse and violence involving Media Line Entertainment continues, former The East Light member Lee Eun Sung spoke as a witness on June 7 KST. During the trial at the Seoul Central District Court, Lee Eun Sung stated that he never saw visible signs of blood or injury on the victim, Lee Seung Hyun, around the time of the alleged incident.

Lee Eun Sung further stated that Moon Young Il PD was in charge of educating them and did not initially use corporal punishment on them. He said that Moon Young Il told them that if they didn't behave, there might be a chance that they would receive physical punishment and that all the members agreed to this statement. At the time of the alleged abuse, the other members were summoned to the studio and according to Lee Eun Sung, the mood was not bad and he saw no visible signs of injury on Lee Seung Hyun.

Other former members of the group have held a press conference with their CEO Kim Chang Hwan, denouncing brothers Lee Seung Hyun and Lee Seok Cheol as exaggerating troublemakers. Moon Il Young PD has already admitted to using corporal punishment, and the trial continues as CEO Kim Chang Hwan maintains his lack of knowledge regarding the abuse.

Given the circumstances, netizens are showing their doubt towards the credibility of Lee Eun Sung's statements.

"He's really trying hard to save his career."

"Did your CEO tell you to say these things?"

"Eun Sung. If you feel like you can't support Seung Hyun and Seok Cheol, the least you can do is stay silent. Stop wasting people's time. It's all going to come back to you someday."

Lee Eun Sung was spotted on the day of the trial faintly smiling for cameras and hiding his face behind his hat.

He thinks that the company will support him after all this is done XDD he is completely mistaken... Either he is being lied to and he is trusting all the Bullshit the company is saying or his parents are forcing him thinking its the right think to not support his groupmates. Anyway the company will just dumb this kid when the case is done XD just say the truth

He sounds like a little bitch whose been bought by the label.

SM Entertainment's founder Lee Soo Man says he is willing to accept J.Y. Park into SM if he were to audition again
4 hours ago   25   17,902 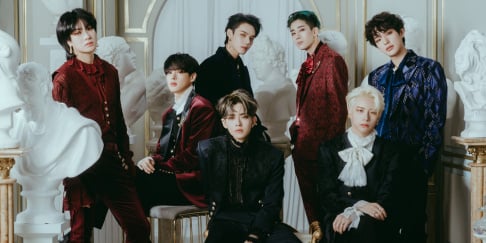 All 7 members of VICTON to self-quarantine for 14-days after minor contact with an outside filming staff member who tested positive for COVID19
52 minutes ago   2   1,222