On June 26, representatives from the show 'Flavor of Wife' apologized for captions that appeared on a recent broadcast after controversy arose regarding the use of Ilbe language.

The term '전라디언 Jeolladian' was used as a caption on June 25th broadcast when singer Song Ga In when to see her family in her hometown of Jindo in South Jeolla. The term was used towards Song Ga In's father and is known to be a derogatory Ilbe term used to look down on people from the Jeolla-do province.

The show stated that the staff did not know this and weren't aware that this term was controversial. They subsequently apologized for its use, saying they would be more careful to avoid such mistakes in the future.

Is this the same network that has been accused a few times of showing low-key support for Ilbe?

The ILBE.COM website folk are rather STRANGE. BUT , they also DO get to SPEAK their 'strange' views.
It is surely better than N.KOREA say (what nation is not on free speech issue) ... The other aspect , is that a LOT of S.KOREA LAWS are 'left over' from when JAPAN did occupy KOREA (Years 1910-1945). And so , when S.KOREA got created as a nation , they did like *retain* the JAPAN LAWS (the DEVIL that people KNEW it). And then you had the S.K MILITARY DICTATOR too (PARK CHUNG HEE) for a long time there in S.KOREA. So , you have all this idea of NOT saying ANYTHING to OFFEND anyone ever. I suspect that a S.K Citizen would know what I am trying to 'get at it' here ...

(Trolling) ... It is WHY that you have BTS Group Fans (ARMY) 'running around' on websites trying to stifle everyone who might have the 'audacity' to suggest that BTS Group should *never* address the UNITED NATIONS again! 😃

AKP BUZZ
Famous Korean YouTuber Car Girl and her husband Peter Park have ﻿stepped forward to explain all the allegations against them
5 hours ago   16   4,667

Former PRISTIN member Kyla declares that she will be leaving Twitter after clarifying all the dating rumors including SEVENTEEN and PRISTIN
6 hours ago   53   26,612

One netizen claims that Kian84's email address is a member of the infamous Ilbe Storehouse website
4 hours ago   6   3,692 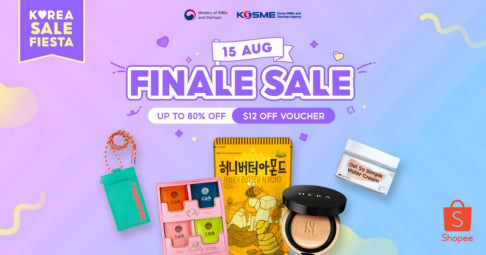 YG Entertainment's stocks a "recommended buy" with Big Bang, BLACKPINK, and TREASURE to promote next year
6 hours ago   15   7,316

Jo Kwon reveal of having a genderless image, gets confused as being non binary by western Kpop fans
10 hours ago   25   2,835

ITZY releases a teaser poster for the all day relay live for their upcoming comeback mini-album 'NOT SHY'
9 hours ago   2   2,272