Rookie boy group The Boyz will be holding their first ever fan-con (combination of fan meeting + concert), a little after a year since their debut!

The Boyz's 1st fan-con 'The Castle' is set to take place from January 26-27 at the Olympic Hall in Seoul. Tickets open for official fanclub THE B members on January 2, and for the general public on January 4.

In their first 'The Castle' fan-con poster, The Boyz members dress up smartly outside an elegant gothic structure, making fans' hearts flutter. Who would love to see The Boyz's first ever fan-con?

The Rose reported to have filed to nullify their contracts with agency for failure of payments
3 hours ago   18   19,638

Heo Ji Woong makes a statement against churches who are forcing people to gather and disregarding Coronavirus concerns
7 hours ago   29   14,409 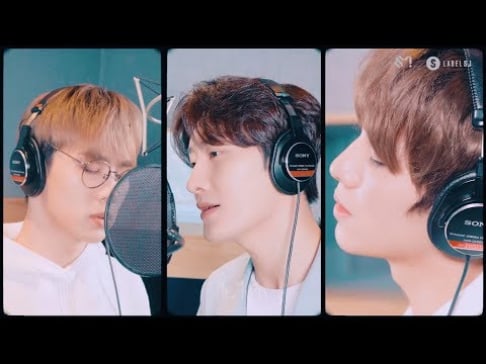 The Rose reported to have filed to nullify their contracts with agency for failure of payments
3 hours ago   18   19,638

Netizens angry at Seolhyun for having fun in New York while South Korea is struggling through the Coronavirus outbreak
2 days ago   158   155,891