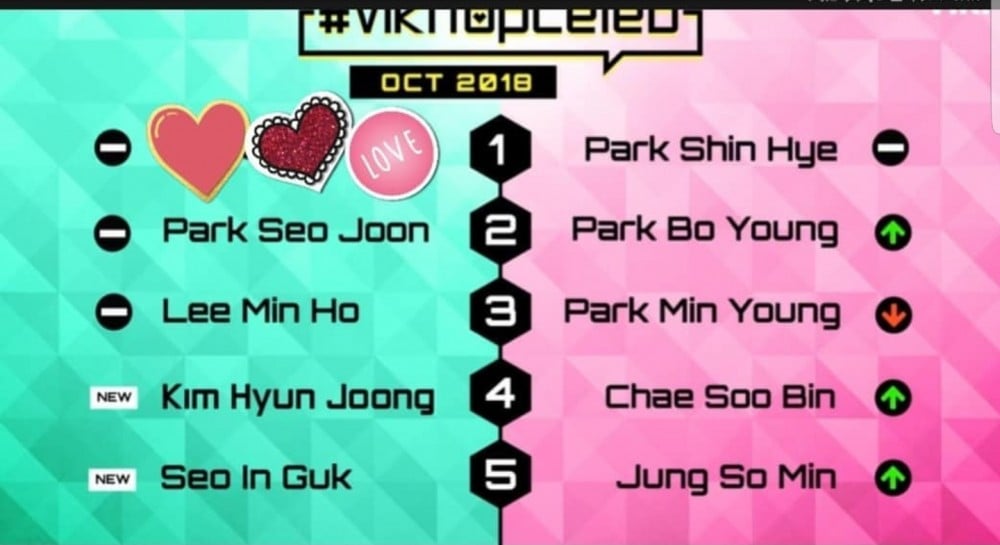 Viki Fans have spoken. With the release of Kim Hyun Joongs When Time Stopped KDrama Kim Hyun Joong comes out at #4 on the top 5 list for celebrities on Viki for the month of October 2018. When Time Stopped currently has a rating of 9.6 with 4,664 reviews 123 are rates 5 to 9 stars. while 104 are rated 4 stars or less. with half of those being for slow subbing. a quater of those are people who do not like the drama. while the last quarter are people objecting to the drama because of alligations Choi Hye Mi made against Kim Hyun Joong. Those alligations have all been proven false via various Courts In South Korea. When Time Stopped has a following of 51,270. These numbers dont account for people who log in and watch without following. unfortunatley for the ratings and rankings many people are choosing not to watch When Time Stopped on Viki and turning to streaming sites instead due to faster subbing. one streaming site reported 500 thousand viewers for When Time Stopped. Numbers have not come out for viewers in China and Japan for the channels holding the licensing rites.

One Thing this shows is that wether you Love him or Hate him Kim Hyun Joong is still a top South Korean Star at least on the international Stage.

This is awesome. Wonderful news. Truthful article finally. Besides the 100s of thousands on Viki, "one streaming site reported 500 thousand viewers for When Time Stopped. " Yes, we supported an innocent man despite the haters. I pity them, they can't tell when they are being lied to. Thank you for honesty and non-biased writing. BUT I wish we could leave the past behind and stop reminding everyone what kind of hell that 4 years meant to him and those who love him.

This is really good news. It shows that Kim Hyun Joong has a loyal fan base who prefer to believe him and the courts over what happened, But more importantly, this loyal fan base of many thousands wishes that articles like this would quit bring up the past. If he were guilty, then it might be a different thing, but after careful witnesses, testimony, and deliberation, the courts judged him innocent. Let his fans support him and those people who want to believe lies and want to hate can just ignore everything about him and go on their way. They won't be missed.

Fans aren't too thrilled by rumors that Seventeen's comeback album might be an English album
5 hours ago   21   7,391

'The Late Late Show With James Corden' deletes videos of the host calling BTS's appearance at the UN 'unusual' in response to backlash from ARMYs
2 days ago   145   90,696