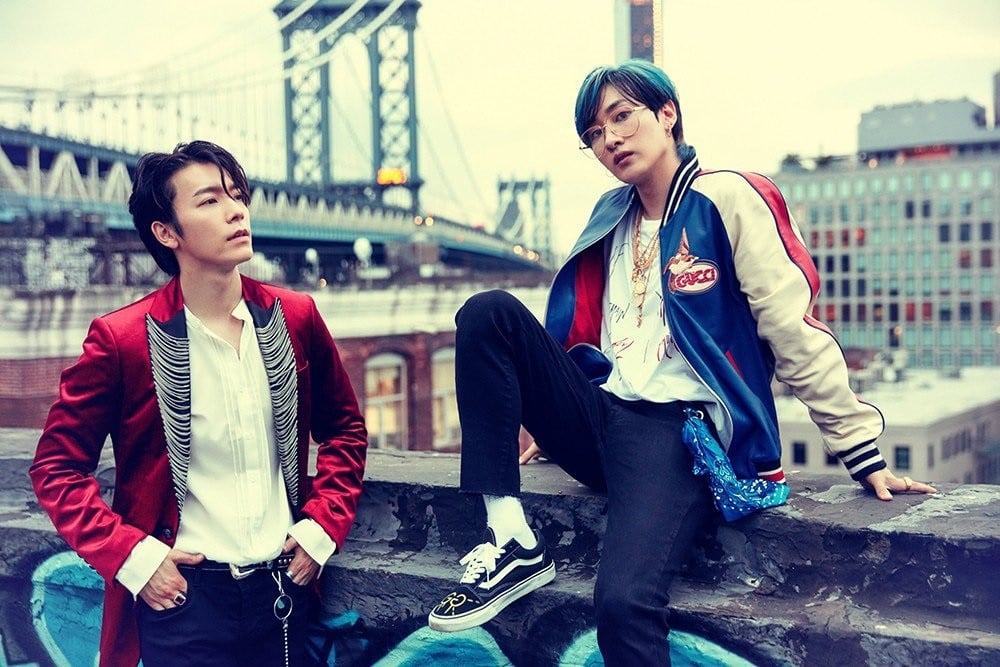 
On the August 15th installment of 'Weekly Idol', Donghae and Eunhyuk gave a preview of "Bout You", and hosts Lee Sang Min, Yoo Se Yoon, and Kim Shin Young commented that it doesn't sound like a song from SM Entertainment, saying, "It doesn't have an SM vibe."

Eunhyuk responded, "Maybe that's why people at SM don't really like it? Since we do a lot of group dancing in Super Junior, we decided to do what us two members wanted to do."

Super Junior D&E's "Bout You" drops on August 16 KST. What do you think of what was revealed in the MV teaser so far?

Sam Okyere posts an apology for thoughtlessly posting the photos of the controversial Uijeongbu High School Students
5 hours ago   52   7,660

VIXX's Ravi posts an Instagram story after it was announced that Hongbin will be leaving the group
1 hour ago   3   4,791

AKP BUZZ
Famous Korean YouTuber known as one of the first investors of Tesla under controversy for allegedly lying
2 hours ago   4   2,310

Sam Okyere posts an apology for thoughtlessly posting the photos of the controversial Uijeongbu High School Students
5 hours ago   52   7,660

TWICE teases their upcoming online concert 'Beyond LIVE - TWICE : World in A Day' as they release a practice video preparing for the concert
6 hours ago   1   805