Winner's rap line complement each other well. Mino, who was a contestant on Show Me the Money 4, presents a deeper and darker rap style, while Seunghoon, who won K-Pop Star, complements Mino's style in high-toned perfection. Many argue that their styles go together like 'chocolate and almonds', creating a lovable nature about them when they perform together. Winner's rap line has an undeniable chemistry that works excellently for the group.
2. Block B

Block B has three amazing rappers: Zico, P.O, and Kyung! The three are playful and bounce off each other exceptionally well! Zico is known for great skill in music production, but also raps extremely well! He is energetic and praised for his ability to speedily rap! He is really flexible in his abilities and can complement the other members well. Kyung knew Zico from a young age, and the two collaborated on rap tracks despite being far away from each other through high school. This eventually got them into Block B together! P.O raps in a deeper voice, gaining his inspiration from Rick Ross, Lil Jon, and Ja Rule. His emotive raps round out the other two's styles perfectly!
3. iKON

B.I. and Bobby work together in iKON to create a powerful rap line! Bobby won Show Me The Money 3 at the tender age of 18 years old, proving to the world that he is a rap force to be reckoned with! Bobby has since been in a number of collaborations with well-known hip-hop artists such as Beenzino and Epik High. B.I. was also a contestant on Show Me The Money 3, but also has been noted as a part of the production team for all the songs of their debut album! YG has even stated that B.I. is the next G-Dragon! The two bring to Winner a truly dynamic rap line!
4. VIXX

Though Ravi is the main rapper, Hongbin is also known to throw down a few verses here and there! The two work great together on many of VIXX's tracks, complementing the vigor of the singers of the group. Ravi is probably the better-known rapper, and rightfully so, as he is extremely hard on himself and is continually attempting to improve his abilities. A track to check out is his diss back at iKON's Bobby! VIXX's raps are powerful and dramatic, earning them a spot in netizens' hearts!
5. BTOB

Minhyuk, Peniel, and Ilhoon make up BTOB's energetic rap line. Each member writes their own rap in BTOB and it seems that at least one member is always involved in the song-writing process for the group. BTOB's rappers stand out because they are all capable of singing! These multi-talented members continue to wow fans with their ability to take on any challenge when it comes to performing. Their styles are truly some of the best in terms of collaborative effort on a track!
6. BTS

BTS rap line is a fan favorite! J-Hope, Suga, and RM prove to netizens worldwide that they are capable of tight lyricism, quick execution, and collaborative cyphers! Though J-Hope's most notable talent is his dancing ability, he shows everyone that he is capable of rapping as well as singing; a true golden hyung! RM and Suga, on the other hand, both stem from underground rap culture, giving them a lot of edge that many idol rappers don't have. The three of them complement each other excellently and are creative powerhouses when it comes to creating truly hip-hop songs! We have to say, each cypher is unforgettable!
7. Monsta X

Jooheon and I.M. make up Monsta X's rap line. Both rappers have incredible skill in delivering raps with very quick speed. One netizen even went as far as to measure to frequency of words said in their song 'Stuck' and stated that at one point 42 words were spoken in 12 seconds. Monsta X's rap line is also commonly praised for their ability to keep a flow in tune in with the vocalists of the song. None of their raps feel forced, as they seem to work perfectly with the song! On top of all this, the two rap line members have voices that complement each other well when performing!
8. B.A.P

B.A.P's Zelo, Yongguk, and Himchan constantly receive a lot of praise from netizens online! Yongguk is passionate about hip-hop and love it as his favorite genre of music. He even states that if he were to be born again, he would pursue hip-hop full time. Yongguk started rapping at an extremely young age and would post his lyrics in rap forums online. Himchan plays a bit more of a supportive role as a rapper in the group, but is well-versed on music; especially traditional music! Zelo gains his inspiration from artists like Kanye West and works closely with Yongguk on raps. The three members work incredibly hard to hone their talents and it pays off in conducive performances and rap tracks both for B.A.P and as side projects.
9. Big Bang

Big Bang's rap line is legendary! They even have their sub-unit dedicated to rap rhymes: GD & TOP! A fun fact is that Taeyang was originally trained to be a rapper for the group, but debuted as a singer for the group. Many netizens claim that if it weren't GD & TOP popularizing their style of hip-hop in mainstream K-Pop, idol rappers wouldn't have been as popular as they are now. Their iconic styles have popularized mainstream K-rap worldwide! XXL Magazine even put them on the top 15 Korean Rappers You Should Know list stating that '9/10 idol rappers are modeled after GD & TOP'. The founding fathers of mainstream idol rapper style!

Watch the preview for Gary and son Haoh's first appearance on 'Superman Is Back' this weekend!
2 hours ago   2   3,086 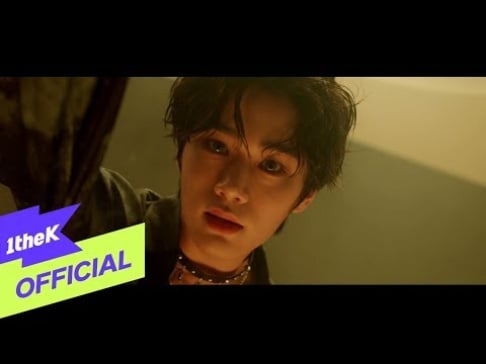 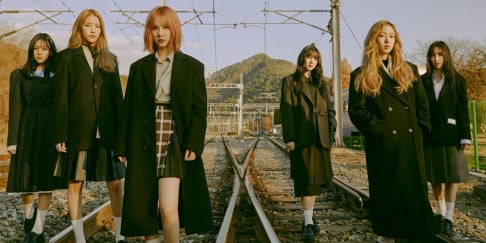 Watch the preview for Gary and son Haoh's first appearance on 'Superman Is Back' this weekend!
2 hours ago   2   3,086

BTS’ Jungkook stole all the attention at Grammy's red carpet with his stunning visuals and trended across the world
23 hours ago   61   47,215

BTS confirmed as global ambassadors for 'Hyundai Motors' once again
4 hours ago   4   2,961