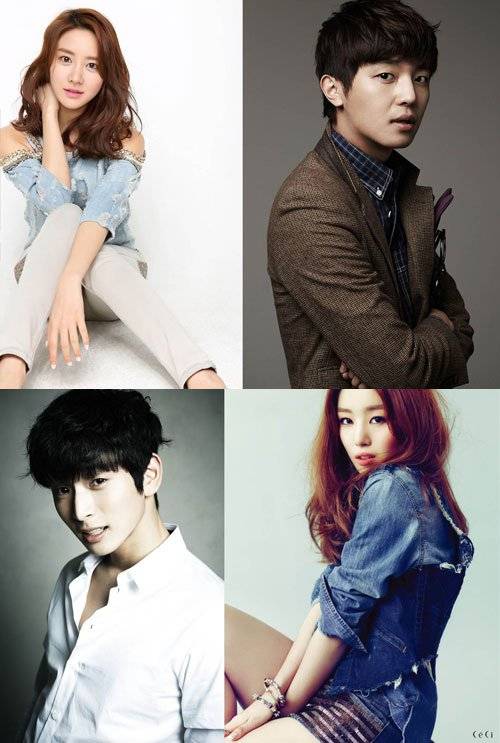 A CJ E&M rep confirmed on May 21, "Han Groo, Yeon Woo Jin, Jinwoon, and Sunhwa will star in the new tvN Fri-Sat drama 'Marriage, Not Dating', which will follow 'Gabdongi'."

The 16-episode series is written by Joo Hwa Mi and will be directed by PD Song Hyun Wook. The drama portrays the story of successful bachelor Gong Ki Tae (Yeon Woo Jin), who gets pressure from his family to settle down. He devises a plan to introduce Joo Jang Mi (Han Groo) as his girlfriend who he thinks would never get his family's approval for marriage. Jinwoon will play bad boy Han Yeo Reum who has got both riches and looks but doesn't believe in love until he meets Joo Jang Mi. Sunhwa will be playing the role of Kang Se Ah, who has got everything going for her as Gong Ki Tae's fellow medical school colleague and works as a specialist under her father's cosmetic surgery clinic.

The drama is currently in the process of casting and will crank in this month. It's scheduled to premiere following 'Gabdongi' on July 4!

BTS’s V continues to ride high with his solo music as he bags yet another ‘First and only Korean soloist to’ record on SoundCloud.
1 hour ago   4   493