Have you ever looked at an idol and thought, "Omg, he's so cute and fluffy like a lil puppy!" It's pretty common for idols to have an animal that represents them, either in terms of their appearance or behavior, and it's usually a dog or puppy. Here are some male idols that radiate the biggest puppy energy, making you want to give them the biggest squeeze.

This giant fluffy baby just gives off the strongest golden retriever energy. His tall height, adorable smile, and broad shoulders would make us think he gives the greatest and warmest hug. ATEEZ members are so lucky to have him.

Stray Kids are known for having popular pets, but they also have a puppy on the team. A super adorable one too. Stray Kids' puppy barks on request and is the most loyal. But fair warning, he also bites.

Look at this fluffy pouty puppy. If there's an Intak-sized pocket, I would certainly put him into mine. Intak also has the most elastic/squishy cheek in the group, making his members absolutely love pinching his cheeks. I mean, especially when he always pouts like that, I would too.

Chanyeol is known to not only have the cutest puppy who he has a love-hate relationship with, but he is also a puppy himself. He may spit fire on stage with his rap despite being just a cute giant furball.

Kangmin is not only VERIVERY's maknae and visual, but he is also the team's puppy. Look at his beautiful sharp eyes and features, looking the prettiest and cutest ever.

Fans may be obsessed with Jake's Cream Border Collie, Layla. But the resemblance he has with Layla is uncanny! Some might even argue that Jake is more puppy-like than Layla.

Look at this Maltese. Minhyuk, who is never shy to be affectionate and shower his members with endless love, exudes very strong puppy energy. I wouldn't mind Minhyuk slobbering me with kisses.

Another giant puppy; He might look chic and sharp on stage, but he's a big softie inside. Especially with his doe-eyes, you just can't help but fall in love with him.

Not only does he look like a samoyed, especially when he smiles, but he acts like one too. Nation's pick truly is making everyone fall in love with him.

Just look at those innocent eyes and his overall fluffiness. The way he absolutely loves his members gives off such strong puppy energy.

One looks like a poodle, while the other looks like a Maltese. No wonder they're best friends. These two may have cute puppy fights, but they are the most loyal to each other too.

Leader of the pack, DKB's D1 is the sweetest, especially with his members whom he absolutely adores, who hallmark puppy energy.

These two are not only insanely attractive (Jaehyuk's flex is that he was scouted by a bunch of companies and even rejected YG multiple times), but they are the most adorable. You just want to squish their cheeks.

Despite being the tallest in the group, GOT7's maknae really makes you feel like you want to have him in your pocket. This giant baby is the fluffiest. You just can't help but bias him... even when he's not your bias.

Okay, not an idol, but come on, I had to. Look at that smile... those dimples... and just... him. He gives off the most extreme puppy energy, you kind of just... melt and maybe die a little whenever you see him. 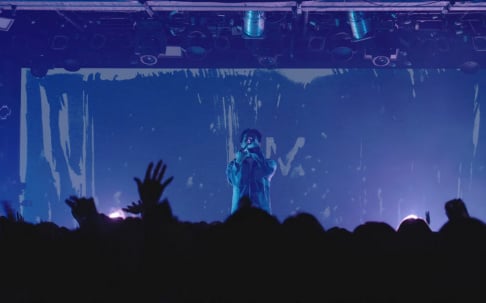 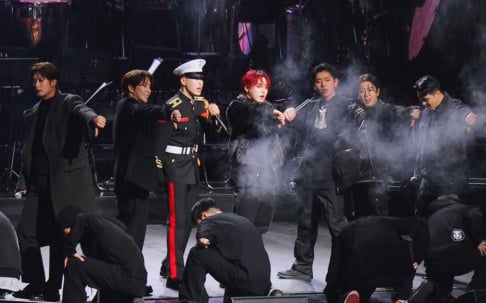 The first one I thought about: YUNHO!

Not to forget the OG here, my Chanyeol <3

And special mention to Intak! I'm getting really interested by P1Harmony. They're soo cool!

What about Baekhyun? Even his emoji representation is a dog.

How Korean netizens are reacting to the news that Seungri will be released from prison by the end of the week
1 hour ago   18   5,339

OnlyOneOf's agency confirms all members are safe and resting after car accident in Japan
7 hours ago   10   4,434

How Korean netizens are reacting to the news that Seungri will be released from prison by the end of the week
1 hour ago   18   5,339