With the news that Kris Wu has been sentenced to 13 years in jail for rape, attention is being focused on whether he will be given a chemical castration when he returns to Canada.

After it was confirmed that Kris will serve 13 years in prison in China, media outlets in China are now wondering if Kris will receive chemical castration when he returns to Canada under its law for sexual offenders.

K-netizens responded, "They should do it," "How did he become like that? I'm so shocked that I forget he was part of EXO," "They should adopt this in Korea too," "This is so needed in Korea too," "Let's chemically castrate sex offenders in Korea too," "Why can't we just castrate them like snip them down there," "He's a public figure so I feel like Canada would chemical castrate him since this is so well known," and "It's not confirmed yet but I wish he would." 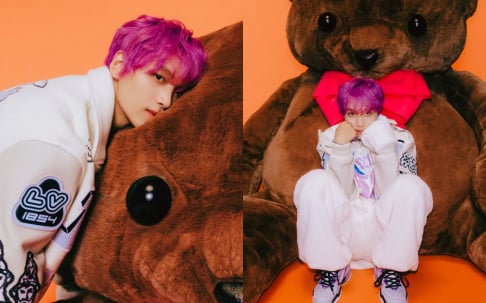 First of all I understand why his case fascinates public but this is really too much even from you Sophie. Cheap clickbaits.

Just to be on safe side and bit of a background, a chemical castration in Canada as debated in 2006 cannot be be used just in any case of rape. Since 2016, chemical or pharmacological castration can be only part of psychiatric treatment for long time repeat offenders in Canada. The Gordon Stuckless case (where he sexually abused more than 18 boys over several decades) is famous for defendant CHOSING this treatment. This is not a common punishment and doctors have to prescribe it.

So, Sophie if you want KW to be subjected to it he has to repeat the offence over longer period of time, like decades, in Canada, and be diagnosed that this is only way to treat him.

So, not to minimise what KW did (as he for sure did some terrible things to get 13 years in jail), and although not much is truly known thanks to media exploitation of this case (too much noise, youtubers using imagination for clicks etc), this is crossing the line. KW will eventually fade away from public eye as he should, 13 years of jail in China is really tough and he will get out changed man and probably broken, on the other side I hope his victims will be able to heal and move on to better life really fast.

The fact that a serious piece of news like this yet Sophie still adds netizen's react section really illustrates her mindset, are we five?

Man shot and killed during armed robbery at a restaurant in Seattle, Washington earlier this month identified as the father of singer Sam Kim
22 hours ago   99   115,332

Man shot and killed during armed robbery at a restaurant in Seattle, Washington earlier this month identified as the father of singer Sam Kim
22 hours ago   99   115,332