BIBI to hold her first solo concert 'Can't You Come?' since her debut

Singer BIBI will be holding her first ever solo concert since her debut.

On December 28 KST, BIBI will be holding her concert 'Can't You Come?' and many fans can look forward to seeing her unique charms. While BIBI has previously performed at world class festivals such as Coachella, HITC, and more, holding a solo concert will be extra meaningful as it is her first ever concert since her debut.

Tiger JK, rapper and founder of Feel Ghood Music, stated, "We deeply appreciate the support that both domestic and international music fans give BIBI. Her first concert since her debut will provide you with pleasant memories with its unconventional stage directing and performances."

Meanwhile, BIBI's concert will be held on December 28 at 8PM KST, in the YES24 Live Hall. 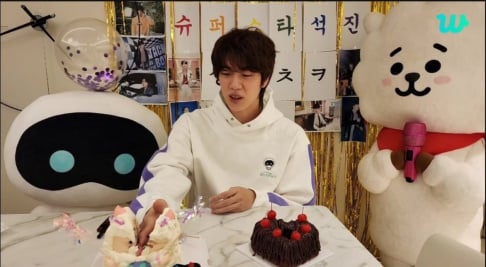 K-Netizens have a heated debate after Jeremy Erlich, Spotify's Head of Music Strategy, is frequently spotted with BLACKPINK Rosé