According to Spotify's update, Nayeon's first solo mini-album 'IM NAYEON' gained over 23.6 million streams on Spotify in the first week, becoming the album released in 2022 by a K-Pop female artist with the biggest number of streams in the first week of release. Overall for this year, 'IM NAYEON' holds the fourth-biggest album debut by a K-Pop act, just behind the 2022 releases of BTS, Stray Kids, and TXT.

In particular, the album's title song "POP!" accumulated 10.1 million first-week streams on Spotify, becoming the second song with the biggest number of first-week streams in 2022 by a K-Pop female artist, behind IVE's "Love Dive".

Additionally, Nayeon made history with "POP!" as it became the K-Pop song by a solo artist with the highest peak in Spotify Japan history, garnering over 128,000 streams with #19 as its rank. 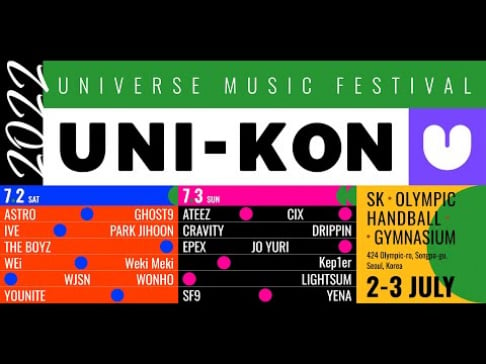 I wonder how will be the next member to debut?

BLACKPINK is trending around the world again and they look amazing in a new video shared by YG Entertainment
2 hours ago   5   3,574

Breaking down the barriers as trailblazers for K-pop: The long-list of BTS's achievements In The U.S.
31 minutes ago   2   367

The huge earnings potential for Jessica while promoting in China
51 minutes ago   5   2,820

Is BLACKPINK coming to your area? Check out the dates and locations of BLACKPINK's upcoming 'BORN PINK' world tour
7 hours ago   55   32,459

Red Velvet's Yeri responds to a controversial YouTube channel which accused her of having 'Jennie Disease'
1 day ago   58   91,809