Each week on this new mystery game variety series, the cast members enter a door into a strange, unfamiliar world. Each cast member will be given a certain character to act and a specific mission to fulfill. But while carrying out one's own mission, the cast members must also find out who has been given the role of the 'Joker'.

Viewers can also look forward to various guest stars joining the crew members each week. On the program's first episode airing on August 5, the cast members will also be joined by guests Cosmic Girls's Dayoung and Kim Jae Hwan.

What do you think of the premise of the new U+IDOL Live variety, 'The Door: To The Strange World'? 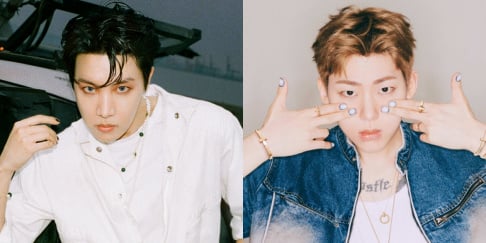 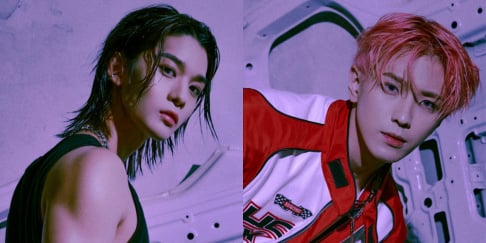 Seunghee has always had great energy for a variety show. Glad to see her being part of the regular cast of a show rather than just a guest.

Yes! Hyun Seunghee go!! After Kim Mimi, Seunghee gets to show more of her variety chops. OH MY GIRL's Hyojung and Seunghee will also be appearing on SBS' variety show, Oh My Wedding to sing a wedding song for a couple on the show as well!

IVE's Yujin, Gaeul, and Leeseo showcase their charms in a new teaser photo for 'After LIKE'
4 minutes ago   0   117

BTS's J-Hope reveals how Kim Taehyung was the most supportive during 'Jack in the Box' promotions and Lollapalooza
1 hour ago   5   2,373

Is BLACKPINK coming to your area? Check out the dates and locations of BLACKPINK's upcoming 'BORN PINK' world tour
1 day ago   66   46,656

Red Velvet's Yeri responds to a controversial YouTube channel which accused her of having 'Jennie Disease'
2 days ago   67   124,377