Snowdrop-Seolganghwa is a controversial topic these days.

A drama exploding with topicality because of its controversial parts.

The history of democracy in the Republic of Korea and the spirit of the democratization movement should not be underestimated as it is a duty that Korean citizens should follow.

However, the current debate about the Korean drama “Seol-gang-hwa” or “Snowdrop” has caused misunderstandings about the true meaning and purpose of the drama and the rapid spread of only certain parts of the drama among the public.

That's why a FACT CHECK has been done on unconfirmed facts.

Here's a quick summary you should know before reading this:

South Korea has a history of military dictatorship government in the 70s-80s and a lot of good people were sacrificed back then. A large number of students and adults joined the pro-democratization movement and ANSP (National Security Planning Agency) killed many innocent people accusing them of being communists.

1-Is Snowdrop about the pro-democratization movement and disrespecting the movement?

First, let's tell you the exact background of Snowdrop.

It is said that it has been 6 months since the main characters met in the spring, and three weeks before the presidential election, so the background of Snowdrop is specified as October 1987.

JTBC has officially stated that Snowdrop is not interested in the pro-democratization movement, but used it as the background for the main story, which was the 1987 presidential election.

You can check it out in the drama.

Since the background of the drama is 1987, there is no way that the drama never mentions the pro-democratization movement, but the drama has NEVER shown a scene that disrespects the spirit of the movement.

Snowdrop has nothing to do with any democratization movement and the main content is politics related to the presidential election in 1987.

The video representing the official statement from JTBC is attached below. The video shows that the drama is more about the 1987 presidential election.

Below is a video suspecting the connection between the South Korean military government and the North Korean dictatorship government.

According to the recently released videos, there are lines that are clearly criticizing the ANSP and the government, and most of the scenes are showing vicious atrocities of them. If JTBC really wanted to glorify the ANSP and the government, they should have excluded all of those scenes from the drama.
Early episodes of the Snowdrop showed how ANSP could be atrocious through the scenes of Lee Kang-moo and Jang Han-na. And the early scene of the meeting of the members of Aemin party and the council shows the dark side of the ANSP at that time.

Moreover, JTBC stated that the main characters in Snowdrop are rather characters that highlight the critical perspective of the ANSP.

And ANSP Agent and North Korean Spy characters in the drama are not representative of each government but are a device to highlight the negative aspects of ANSP and also to show the critical aspects.

Below is a short dialog from Snowdrop. Do you really see this as glorifying the ANSP and the dictatorship?

Jeong-min (activist student): "Don't you know that pigs are driving us as gangsters every day?"

Ahn Ki-bu: "The people say they're going to choose the president themselves, aren't they?"

The pigs unconditionally drive the kids who are demonstrating as gangsters.

Snowdrop is a fictional drama. In general, it is appropriate to see it as a criticism, not a glorification, in the overall context.

JTBC stated that Lee Kang-moo is a character who rather has skepticism toward ANSP, and he is NEVER a character representing the ANSP. "Straightforward" is an expression to describe the personality of an individual character. This does NOT mean that ANSP is straightforward.

And currently, the term does not exist in his character introduction.

4. Is Snowdrop distorting Korean history by setting Lim Soo-ho is a North Korean spy that disguised as a student activist, and by playing the pro-democratization movement song '솔아 솔아 푸르는 솔아' while he was running away?

First of all, the JTBC stated that the script of Snowdrop does not contain any set-up that the main characters (Lim Soo-ho and Eun Young-ro) participate or lead the pro-democratization movement.

From the first two episodes released, there is no scene where Lim Soo-ho pretends to be a student activist and participates in the pro-democratization movement. The scene below is just a scene that Lim Soo-ho passing by the activists while running away from ANSP agents.

And the scene shows that Eun Young-ro's roommate is also participating in the demonstration.

Eun Young-ro is worried about Jung-min who is participating the demonstration.

And the scenes above are clearly build-up for a later scene. Because of those scenes, viewers were able to understand the act of Eun Young-ro misunderstanding Lim Soo-ho as a student activist who was injured while participating in the demonstration and hiding him in the dormitory.

(Since Eun Young-ro was worried about Jung-min who was participating in the demonstration, she had enough clue to think that Soo-ho got injured while protesting.

Currently, some people are using the cropped video that does not contain any details of the scene to argue that Snowdrop is a historical distortion.

Right after the activists finished singing the song, they were shouting out for a fair election, and the polices dispersed the protesters with tear gas. Is this a historical distortion?

​5. Is Snowdrop a historical distortion since it doesn't make sense that ANSP is blocked by the dormitory inspector and couldn't do the investigation?

The ANSP agent and the dormitory inspector had a short argument, but ANSP ignores her and start the investigation right after it.

In the second episode of Snowdrop, Jang Han-na, an ANSP agent, holds a gun and threatens civilians (dormitory inspector and students).

The dormitory inspector told them to bring the warrant since outsiders cannot invade the dormitory according to the school rules, but the ANSP agents just ignored her word and threaten her and her students with a gun.

Eventually, the ANSP members investigated as they wanted, and even there was a scene where they do a search while female college students took a bath.

Saying "ANSP can't investigate because of the dormitory inspector" is nothing more than unexplained agitation.

​6. Is the meeting of the "brain" of the opposition party and North Korean Spy a historical distortion?

According to the first episode of Snowdrop, there is a line saying "We'll make it look like the North abducts Professor Han I-seop the economic brains, and the opposition party runs for president with the North's funding. If a word is out that they're running with the Communists' money, the opposition party will lose the election for sure."

In summary, they are trying to frame the opposite party as communists to make the ruling party (military dictatorship government) maintain the power. Some people cut off the detailed scenes and say the drama is trying to say that the opposite party is meeting up with North Korean communists, and this is clearly not true.

Briefly, the Ministry of Security and Security is cooperating with North Korea to suppress the opposition.

They really have to stop agitating people by using cropped video without any explanation.

7. Is Snowdrop related to China?

Some people are arguing that Snowdrop received production cost support from China, and saying it's a drama that is closely related to China. But that rumor of receiving investment from China is FALSE.

JTBC received investment from Tencent in December 2020, however, Snowdrop is already confirmed in June 2020, and started filming it in November 2020. Moreover, Tencent has no right to engage in JTBC's business.

Later, it was revealed that Snowdrop received investment from Disney+.

In fact, the first filming for Snowdrop started on November 11th.

There is a saying that since it is an investment of 100 billion won, there must have been discussion about the investment before December 29.

This investment does not make sense because the investor was decided through a competitive bidding method by JoongAng Media Group.

In other words, it means that Tencent cannot participate in the management of JTBC STUDIO.

Although JTBC STUDIO received an investment from Tencent,

'Snowdrop' was confirmed for production and filming started before investment.

Tencent has no voting rights in the investment,

Since it cannot intervene in management, Snowdrop has nothing to do with Chinese capital.

​8. Is the term "Seolgwanghwa" only used in China?

The Korean spelling of Snowdrop is Seol-gang-Hwa.  A well-known rumor saying that "Seolgwanghwa" is Chinese is clearly NOT true.

You can see that "Seolgwanghwa" is registered on the National Arboretum of Korea website.

Who is doing 'distorting history? 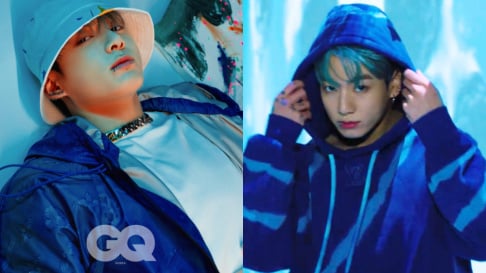 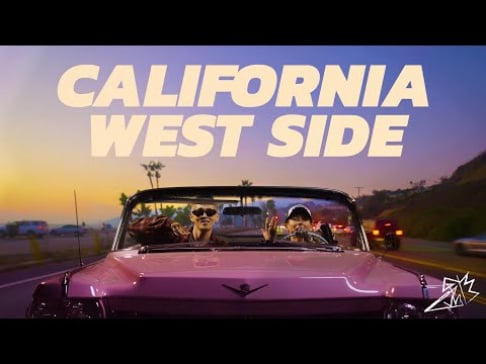 Gotta love how OP ignores the fact that the *whole *idea of North Korea meddling and being key in SK elections and activism at all is feeding into the military dictatorship's and the ultra-rightwing's narrative . It's the excuse they used to, just as it showed in this article, be cruel and repressive and feel justified in doing so by fearmongering the population. They don't hide the cruelty in the drama because they show it as justifiable.

Even if as a "backdrop", the whole background and plot of the drama is based around the assumption that the dictatorship's propaganda is just the truth (NK is meddling in SK business + everything that opposes the govt is a commie). The idea and "background" of the story in on itself is twisting history to spread a specific narrative that the government used at the time to excuse their crimes against the population. Therefore to many people it feels like the drama is consciously justifying the dictatorship's cruelty and feeding into Korea's ultra-rightwing's attempt to constantly excuse past government's crimes.

It's as if someone in the US made a movie where black people act like "savages" and the KKK came to "save" the nation (like The Birth Of A Nation 1915 or something), then there's 2 characters that kiss, and then the production company was like "but it's just fiction, not tryna be political here, nope, no way, not tryna take sides, we're not trying to feed into a narrative, it's just a story, ehm, totally. It's actually about a romance" even though it's clearly more than that.

Dear BEA-SAN, I'm curious as to why you chose this article as the first ever thing you posted or commented on AKP? Also, I'm interested in knowing your background with South Korea and South Korean history as you seem very sure about what you're writing.

I'm neither Korean nor too deep into SK history to allow myself to judge if Snowdrop should be cancelled or go on.

I did, however, check with some friends in SK, some of them having close relatives who were involved in what happened back then. They are all for the cancellation. They say it brings back too many painful memories. And that if they only use that part of history as a backdrop to tell a different story, they should have used a part of history that doesn't include torturing and killing innocent people.

They say that it should have been obvious to the people who manage Jisoo's career, that the show will create controversy and should have advised her to go with a different role and show for her acting debut. Now she's just getting critisiced for things that don't have anything to do with her.

Fromis_9 members and Pentagon's Wooseok allegedly seen entering a room bar together in Hongdae
17 hours ago   92   69,684

IVE members share a spoiler for their comeback on their way to film 'Knowing Brothers'
7 hours ago   14   5,520

Fromis_9 members and Pentagon's Wooseok allegedly seen entering a room bar together in Hongdae
17 hours ago   92   69,684

Famous girl group member 'A' allegedly spotted outside the residence of major agency boy group member 'B'
1 day ago   85   100,053

Will NMIXX be able to win the 'Rookie of the Year' award like their sunbae artists from JYP Entertainment?
2 days ago   94   25,975