The long journey of 99 female trainees will be coming to an end next month.

On this day, viewers will be able to find out which 9 contestants were chosen by global fans as the top 9 winners of 'Girls Planet 999'. The production staff of Mnet are currently discussing various options to deliver special stages to fans of the series.

Are you curious to find out which 9 trainees will make it into the new 'Girls Planet 999' group? 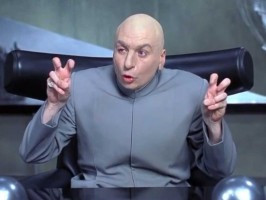 "chosen by global fans" and DEFINITELY NOT by mnet

mashiro/hikaru (maybe its the other way around, where only either bora or myah debuts, and one of these two japanese contestants get saved, and the other one made it into top 9)

ruiqi/ xingqiao (unless ruiqi internation fanbase carries hard, idk if she will get through)

i dont think its likely bahi makes it in, so if she doesnt i hope she can get formal training at a decent sized company and debut.

BTS's Jimin leaves fans breathless and takes over Worldwide Trends with his incredible stage presence at the BTS #PTD_ON_STAGE CONCERT
4 hours ago   13   5,779

K-drama 'Jirisan' achieves the highest premiere ratings of any weekend drama and the second-highest rating overall in tvN history
4 hours ago   6   5,115

Netizens hilariously debate whether they are BamBam or Lee Young Ji when it comes to carrying bags
4 hours ago   5   5,971

LOONA's Hyunjin, Choerry and Yves meet with psychiatrist to talk about mental health and Idols stressful lifestyle
2 hours ago   12   921

Fans ask an apology from aespa's Giselle over a video that allegedly showed her lip-syncing a racial slur
1 day ago   479   102,243