YouTuber GabieKook, who was under controversy for holding a birthday party during self-quarantine, officially apologized.

GabieKook posted a video titled, "Hello, this is Gabie," on her YouTube channel on April 20. This is the first time in six months that she had returned to the platform since the controversy last year.

She began by saying, "I think I've been silent for a long time and I've disappointed you all. So I'm sorry." Then she continued to say, "I needed a lot of time to reflect and more time to think. But I'd like to tell you my position about the controversy before it's too late."

Basically, she wanted to receive healthcare benefits for Korean citizens but didn't pay her health insurance premium, so netizens felt she was taking advantage of Korea's healthcare system.

She also explained, "I was born in Argentina and had to live in many countries, but my parents wanted to raise me as a Korean. I wrote a pledge at the Embassy of the Republic of Korea as an adult to select my nationality as being a Korean citizen. I am still living as a Korean citizen even now."

GabieKook revealed that she had wrapped everything up in Korea and has returned to the UK. She explained, "I've finished all my activities in Korea and am back in the UK to focus on getting treatment."

The YouTuber explained once more that she can't undo the mistake she had made but would like to apologize. She said that she would try to repent by regularly donating to charity.

good. they apologized sincerely, and i'm sure they learned their lesson. let this all be over soon and people can enjoy their content again.

Wow ..i did not know that there's suspension of account if u did not post within 6months time..what a timing

Netizens think TWICE Nayeon's visuals have gone through a subtle transformation due to this reason
4 hours ago   20   13,565

Fans are amazed by BTS' Jimin's versatility and multi-skilled and talented nature as they keep discovering new amazing details about his school years
4 hours ago   13   3,047

Fans choose their favorite out of all the MCs currently hosting major music programs
57 minutes ago   5   2,455 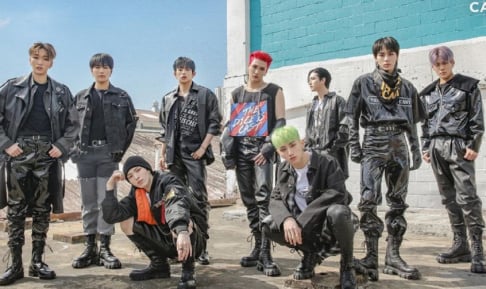