The young actress has not actively shared many photos of her daily life but has been consistently sharing photos promoting her activities. Kim So Hyun was able to secure this many followers as many fans in Korea and overseas were able to see many of her works.

In addition to promoting her activities, Kim So Hyun also uploads various greetings starting from the new year greetings to messages cheering on the students taking the CSAT and messages thanking her fans.

In an interview published in the August issue of TS Magazine back in 2017, she stated, "I want to follow all my fans who follow me. So there was a time I spent the whole night following back my followers and then my account was restricted momentarily. I think the issue was that I tried to follow so many people in a short period of time."

DSP Media once again asserts that April did not bully former member Hyunjoo after police find Hyunjoo's brother 'not guilty' of defamation
3 hours ago   29   6,855

Aespa fans furious as the girl group's MelOn profile is terrorized by trolls after reaching number 1
9 hours ago   117   16,049 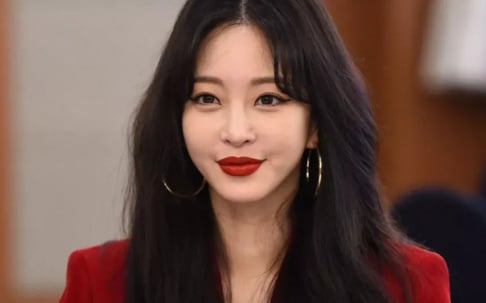 Han Ye Seul denies the tax evasion allegations but admits that she had hired her boyfriend in her private company
7 hours ago   21   8,806

LOCO & Lee Sung Kyung become wrapped up in dating rumors after posting photos with the same background on SNS
5 hours ago   11   26,851

Netizens react to BTS's Jin being announced as one of the judges for Maple Story's first character design contest
1 hour ago   8   1,964

Aespa fans furious as the girl group's MelOn profile is terrorized by trolls after reaching number 1
9 hours ago   117   16,049

[TW] The hashtag 'Blackpink disband' trends on Twitter as a few toxic BLACKPINK fans start a feud with BTS fans and anger netizens
1 day ago   354   109,587