With only 4 months left before the end of 2020, some YG Entertainment artist fans are feeling skeptical as to whether or not the label will be able to fulfill all of their promised comebacks, especially as multiple fandoms are eagerly waiting for their artists' return.

For now, the next YG Entertainment artist gearing up for promotions is BLACKPINK, releasing their 'BLACKPINK - The Album' this October 2.

Next, it was recently announced that YGE's new rookie boy group TREASURE would be continuing their debut promotions very soon, just one month after their 1st single album release.

And then, earlier this summer, YG Entertainment promised fans of WINNER (also known as Inner Circles) with Song Min Ho and Kang Seung Yoon's solo albums, both set for release this fall. Song Min Ho's comeback with his 2nd full album was projected for mid-October, while the release date of Kang Seung Yoon's 1st full solo album since debut was undetermined due to his MBC drama filming, but likely projected for the fall season.

Finally, back on September 4, media outlets reported that AKMU's vocalist Suhyun would be making her solo debut some time this year. What's more is that originally, AKMU also planned on returning with two more comebacks in 2020.

Netizens showed varying reactions to the above concerns. Some are all but convinced that all of the comebacks listed above will not take place within 2020, stating, "Don't worry, everything will be delayed smoothly", "I'm getting goosebumps remembering 2018, when Kang Seung Yoon said his solo album was almost finished but the plans were getting pushed back constantly;;;; Don't believe anything until there's a teaser with a specific date", "That's all YG's good at, lazying around doing nothing for the first half of the year and then finally picking up the slack once the year's about to end", "I mean if you decide to put out BLACKPINK, Song Min Ho, and AKMU's Suhyun all at once that's literally your loss YG, why would you want your artists to fight over the charts like that", "Inner Circles don't believe for a second that Seung Yoon's solo album is coming this year TT", etc.

Other opinions included, "Well with TREASURE, they might keep the promise of having 3 comebacks, they got through two MV filmings in one month so the plan is working somewhat", "Honestly, compared to back in the day, this year's been a party. BLACKPINK and TREASURE were actually on time this year. As for WINNER, I do feel bad for them..", "I pre-ordered the album thinking that maybe if they get a taste of money, they'll actually starting getting the job done more? Kekekeke I hope they press enough albums", "Honestly earlier this year, there wasn't much of a choice but to zip it and hide, with literally everybody boycotting YG... if a YG fan said one thing we all got slapped... but we've come this far guys, and it's finally getting better, so hang in there", and more.

Which of the above comebacks are you looking forward to the most?

"Skeptical" is a bit soft in this case! I feel "NO WAY" would be more accurate! 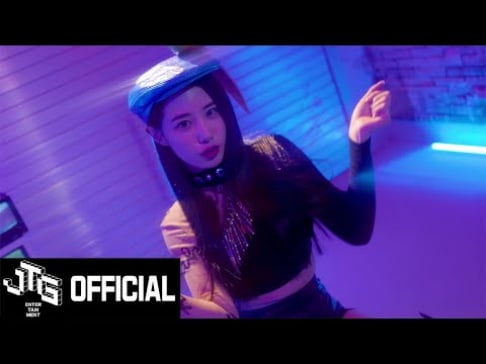