The rise of the K-Zombie: How Korean film and TV revolutionized the zombie sub-genre

The immense popularity of the summer blockbusters 'Peninsula' and '#ALIVE' begs the question: how are Korean zombie films or “k-zombies” so popular not just in South Korea but all around the world? As a matter of fact, this isn’t the first time that these K-zombies have made a buzz in the film industry of the world at large. Netflix’s mega-hit Korean original 'Kingdom' was a massive success despite its feature film-length episodes. The entire series is gripping enough for a straight binge without one moment of boredom.

The Western concept of the “walking dead” originated in Haiti and Northern Africa where voodoo and necromancy were the main causes of the rise of the dead. It gradually transformed into the image of monstrous enemies of humanity, popularised by George Romero’s zombie trilogy: Night of the Living Dead (1968), Dawn of the Dead (1978), and Day of the Dead (1985).

This was taken another step further in Danny Boyle’s film '28 Days Later' (2002) where zombies are made faster, stronger, and smarter. These dehumanized ghouls are perceived as active threats to humans and civilization at large.

This sentiment, however, is not the same through other cultures, especially Korean. Korean zombies stand in as metaphors for the other – the downtrodden, outcasts, unwitting victims of human greed, and often politically charged with Korea’s historical and geopolitical situation. While the zombies themselves are unfeeling and blinded, their threat still carries an unresolved sense of resentment against injustice and suffering. Perhaps the one thing that also visually differentiates these zombies are the dynamic contortionist like movements based heavily on mindless sleepwalking.

The standard for the South Korean zombie apocalypse was set up by Yeon Sang-Ho’s 'Train To Busan' which quickly became a cult classic, transforming the scene for undead cinema worldwide. It was widely referred to as South Korea’s “first zombie blockbuster”. What made the film even more effective was the fact that it was unafraid to touch upon social satire of issues that mattered to the Korean society including failed disaster management and class struggle – both of which were very real threats keeping in mind the Sewol Ferry Disaster just two years before the film came out. 305 people, including 250 high school students out on a class trip died when a ferry sank due to mismanagement and human error. It is this human error that allows a rogue infected zombie into the KTX of doom in 'Train To Busan'. Passengers on the train soon realize that they need to rely on themselves for survival as the Government has simply abandoned hope or help. Upper-class entitlement, even within that small space, derails any course of effective action, leading to loss of even more lives that would’ve been salvageable. In the few seconds before the infected turn full zombie, they still hold a semblance of a conscience and once can see the last vestiges of humanity leave their “bodies”. Much like 'Train to Busan,' its sequel 'Peninsula' is not without historical resonances and it draws too obvious an allegory to the Korean War.

Perhaps an even more relevant film now in the COVID era was Cho Il Hyung’s '#ALIVE.' The entire first act of the film is restricted to an apartment where the protagonist Joon Woo (Yoo Ah In) finds himself suddenly thrown into quarantine as he learns about a zombie attack sweeping the nation. Eerily well suited to our times, '#ALIVE' seen its protagonist seek true survival only after the basic amenities are no longer available in his apartment and he has to brave the undead out in the open.

The greatest success, however, to have come out of the K-Zombie sub-genre was undoubtedly the Netflix original 'Kingdom,' the second season of which was released when Korea was struggling with peaks of the pandemic. Set in the Joseon Dynasty of 17th century Korea, Kingdom is a story about the spread of a deadly illness that creates flesh-eating “zombies” who threaten the entire population. Even though the elements of horror and survival genre dominate the audience’s attention, the real underlying theme of the drama may well be political intrigue. While the origin of this disease lies mysteriously elsewhere, the first physical manifestation of the outbreak that the viewers see is in Jiyulheon Clinic down south.

The clinic serves as a refuge station for the poor, oppressed, and sick. The working class is neglected and the ill are not sent proper assistance from the kingdom. When the head physician of the clinic returns from the King’s Palace with a dead body, Young Shim, a resident at the clinic, opts to cook the meat of the body for the people to eat, lest they die of starvation before sickness. Little did he know, the corpse was infected with the deadly virus that killed those infected and then turned them into monsters with bloodlust. Ravaged by hunger and famine, the people could barely tell the difference between human flesh and dear meat and ate their fill with satisfaction. It was only a matter of time before they started violently coughing up blood. The transformation had begun and it was ruthless. From little children to the elderly, no one was spared. By the time Seo Bi, another physician and Young Shim realize what had happened, it was a little too late. Here, deprivation and oppression of the weak at the cost of upper-class greed and power struggles is personified in the form of flesh-eating zombies that do not discriminate in their hunt.

As the series moves on, the threat from the “zombies” seems minuscule in comparison to the real evil that lurks behind the palace walls. Even the protagonist of the drama, despite being the Crown Prince is ousted as a usurper for trying to discover the secret behind the King’s long term illness that keeps him tucked away while the Queen’s family abuses their power.

Writer Kim Eun-hee has herself been recorded to say that her work (both Kingdom of the Gods and Kingdom) was inspired by an account she read in the Annals of the Joseon Dynasty where hundreds of thousands of deaths were recorded and no attempt was made to explain them. In a stroke of genius, the writer decided to make this zombie apocalyptic scenario account for those deaths and use it as a cloak to explore darker socio-political themes of feudal hierarchy, political foul play, and an evil Queen oblivious to and sometimes even in spite of the suffering and death of her entire kingdom. It was only fair then that this politics is overturned and the oppressed rise up from death like zombies if that’s the only way to have their presence be felt. This is where the humanity of the zombie lies. 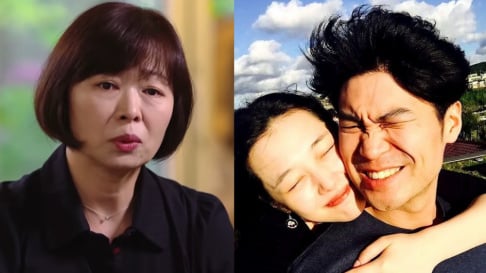 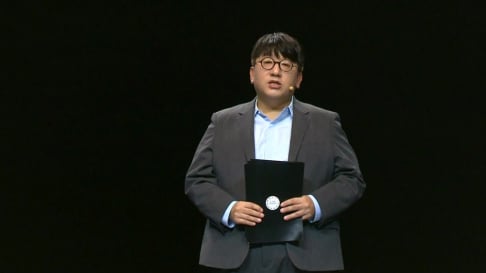 I was told #ALIVE was a good movie and I should watch it and then I was told the whole movie, not scary but suspenseful.

If you ever notice the best zombie medias are usually the ones that point out the flaws of humanity. Train To Busan, Night Of The Living Dead, Walking Dead (before it overstayed it's welcome), Last Of Us and etc. The main focus isn't just the zombies, it's also humanity itself. It shows when shit hits the fan, the worse is brought out of people. Not only that they also show how easily or how sometimes you as a person need to cross that line to survive but still trying to maintain what ever humanity you had left.

Red Velvet's Yeri responds to a controversial YouTube channel which accused her of having 'Jennie Disease'
2 days ago   66   119,170