Recently, DJ Gatti, the sister of the YouTuber recently unfollowed by NCT's Yuta claimed that her brother is 'not' an anti-Korean. Via community websites, Rhee-kun quickly become known as a YouTuber who purportedly uploaded numerous controversial posts involving comfort women and his views on the Instagram posts of the late idols Jonghyun and Sulli.

However, according to DJ Gatti, her brother had mentioned Sulli with the intention of neutralizing tensions between Japan and Korea, as the late idol was receiving criticism for supposedly being 'anti-Japan'.

As seen above, the sister claimed that her brother's words had been completely mistranslated and manipulated by netizens with malicious intentions, and that the distorted articles had quickly spread via media outlets.

Meanwhile, neither Yuta nor SM Entertainment has made an official statement regarding this issue.

Yuta doesn't need to make a statement...if people mistranslated the guy in a malicious way, it's not YUTA'S fault. The hate he received for being friends with the guy when clearly the guy isn't that big of a problem is disgusting to me. He possibly lost a friend because of the way people acted and mistranslated things. on top of that trying to tell Yuta to leave nct or to off himself over this situation still disturbs me. I hope Yuta is okay and i hope this dies down and in the end everyone gets over it. It goes to show that people shouldn't be quick to judge without FACTS.

Ummm the fact that he talks about "comfort women" as if that's an opinion based on "what country you're from" is offensive in the first place. It's been offensive to Koreans that Japan has been pretending like comfort women aren't real (they say Korean women did it because they wanted to), and the Japanese govt has been hiding their past from their children and textbooks. If he calls saying that this is an "opinion" different people can have, that's not neutralizing. That's still outright offensive and acting like it's true that comfort women might not be real. It clearly shows she's looking at this from a Japanese viewpoint as well. They're on the wrong side, so she calls protecting both sides neutralizing. It isn't "neutralizing" for the side that was wronged. 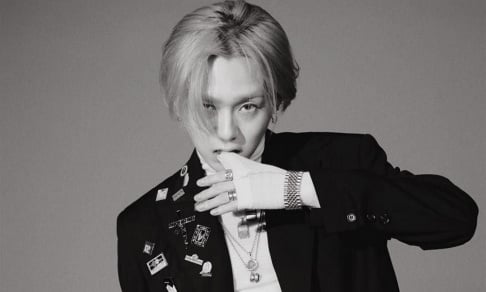 SHINee's Key will be officially discharged from mandatory military service in 2 weeks
4 hours ago   8   1,603

The two youngest members of BTS, V and Jungkook, spend intimate time together to close the gap that grew between them over the years
11 hours ago   18   45,805