Recently, NCT member Yuta has been under fire for following a controversial YouTuber who is known to be anti-Korean. This YouTuber has also gained much hate and has been involved in numerous controversies as he has also made fun of the death of Korean celebrities such as the death of Jonghyun and Sulli.

Many fans have taken it to Twitter to express their anger as they ask Yuta why he has chosen to follow such a troublesome YouTuber. Yuta also made many fans frown when he expressed that he thinks this YouTuber is "very funny" and that they have become very close to each other.

Since then, Yuta has unfollowed this controversial YouTuber's Instagram but NCT nor SM Entertainment has made any official statements pertaining to this matter.

Netizens still await a statement from the artist explaining this incident.

"I'm honestly shocked. Yuta's one of my favorites in 127... he should speak up about this."

"What a mess... I hope things get addressed soon even though there isn't really much to clear up since we all know how lame of a person that dude is."

"he said he's close to him and he's like a brother to him.. yikes, there's no way he can even downplay this now. I didn't know about this YouTuber but the content I'm seeing rn is so gross.

taking into account Yuta's past open-minded behaviors, I didn't expect this out of him. I really hope this is properly addressed by sm and Yuta. I'm disgusted."

OK..I understand that Youtuber is a bad guy but wtf is this ??? 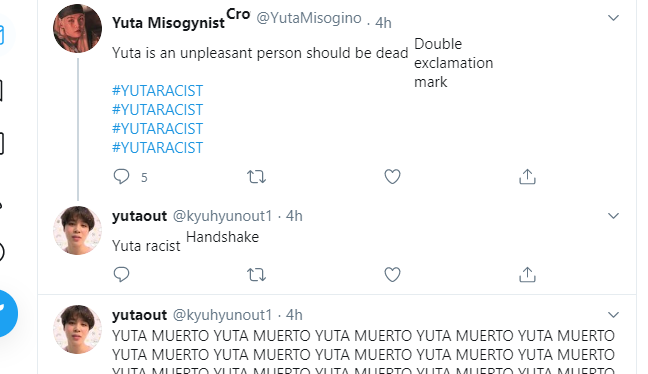 as he should...also where's sm's statement? they just threw him under the bus to save their reputation.

Employees at a Chinese company allegedly fired for discussing the possibilities of having Kris Wu represent the brand
49 minutes ago   9   3,352

Employees at a Chinese company allegedly fired for discussing the possibilities of having Kris Wu represent the brand
49 minutes ago   9   3,352

BLACKPINK's Jennie gains attention for wearing a chain accessory around her thin waist, netizens predict it will start a new fashion trend
13 hours ago   83   81,618