USA has been a top favorite targeted market for KPOP lately along with race for no. 1 on iTunes. Fans and residents of certain countries were baffled as how a song that can’t be purchased in their country is suddenly charting at number 1. Looking at all these K pop fans started speculating use of VPN for iTunes and started hoping that iTunes will make their policies strict for the sake of artists who don’t have much fans but deserve recognition.

Fans using VPN to chart a song in US iTunes and billboard is nothing new as Kris Wu fans have become a reference point. Streaming, ITunes, billboard, YouTube Spotify all have become VPN playing ground for fans to chart songs either in Korea or US.

Fans went as far as renting internet cafes to break records of most YouTube views irrespective of quality of content. This record breaking competition with the help of whatever means has become extremely unfair for emerging deserving artists who are talented but doesn’t have rich and organized fandoms.

Recently BTS’s MOTS7’s B-side song Moon has stirred speculation in world by gaining no. 1 is in USA along with several other remote countries suddenly after 5 months and fans are speculating VPN as for most people it’s extremely difficult endeavor. Major auditing point is ITunes points which are based on pure sales, even though being a song from heavily promoted latest album with most no.1 on iTunes, Moon’s ITunes points are way lesser than My Time by Jung kook even though it has less peaks. Lesser pure sales points are evidence of foul play.

Similarly with BTS’s latest song Blackswan which surprisingly charted in a country in which, according to BTS Nepal Fanbase, its almost "legally impossible". Nepalese ARMY themselves were shocked about chart position of their country.

Several evidence of VPN use for maknae line songs by their Chinese fanbases urging fans to use VPN have emerged on SNS confusing fans about legitimacy of all record breaking albums from east in west.

People in west been asking about who is even charting on their charts since long and appealing ITunes to look into it.

Fans are thinking about whats organic actually, what do you think?

that's our old rule. we dont use VPN. cuz it is useless. The whole article is misleading.

So many jealous antis! If there were VPN involved, the system will remove the sales in the end. Just like what happened to kris wu in 2018.

Real people bought the songs. We have numerous army fanbases around the world, big and small. Of course, bigger fanbases helped the small one. Do not underestimate BTS fanbases, we have big funds. How do you think we can do 4millions preorder and match usd1million for BLM?

We are going to make every BTS song no #1 in all countries. You have problem with that? Deal with it yourself. 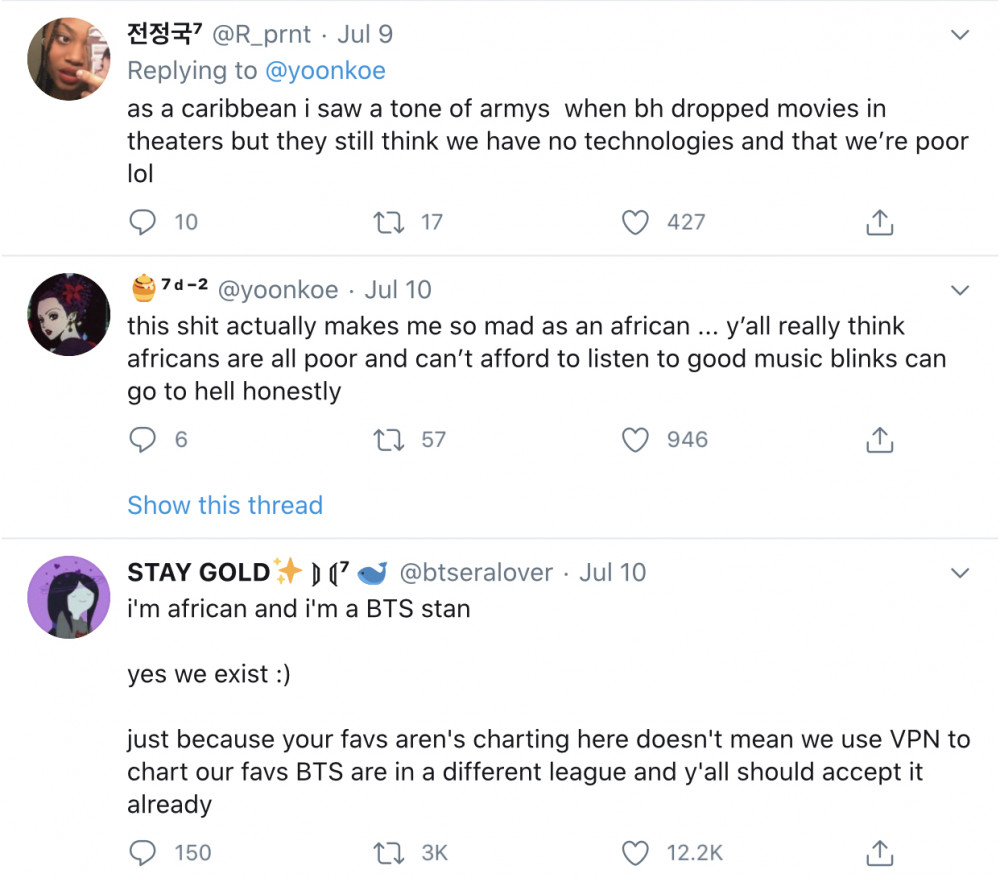 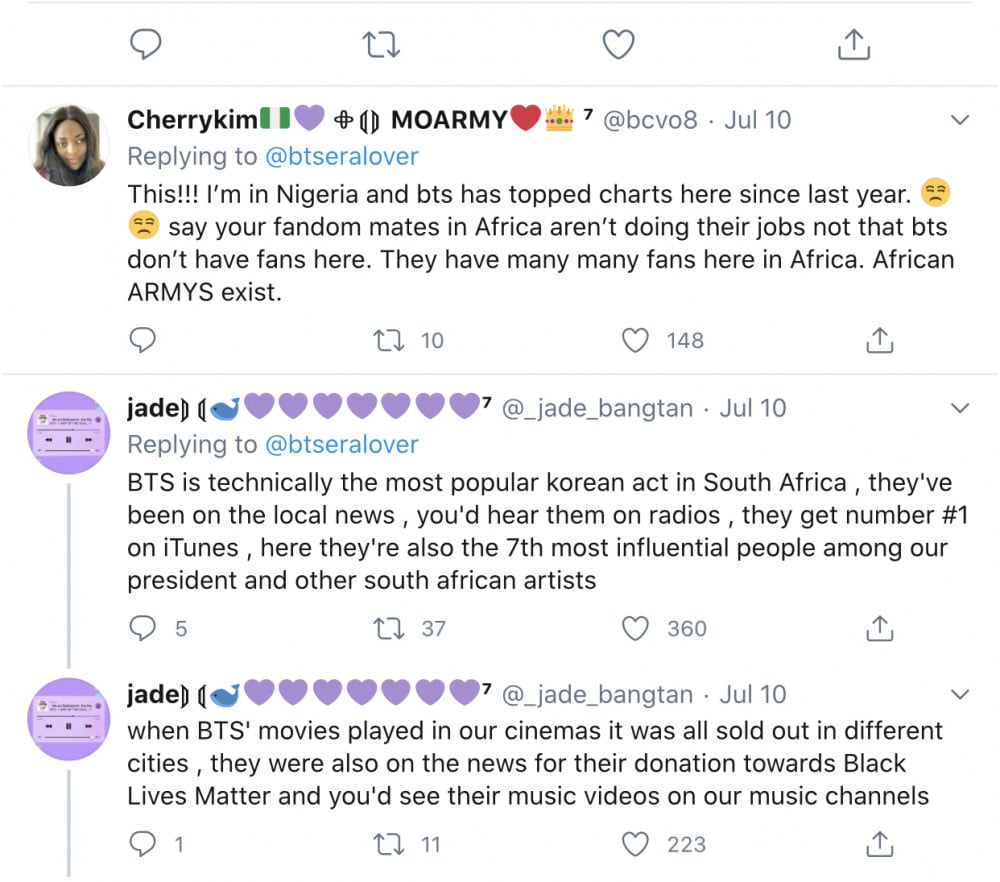 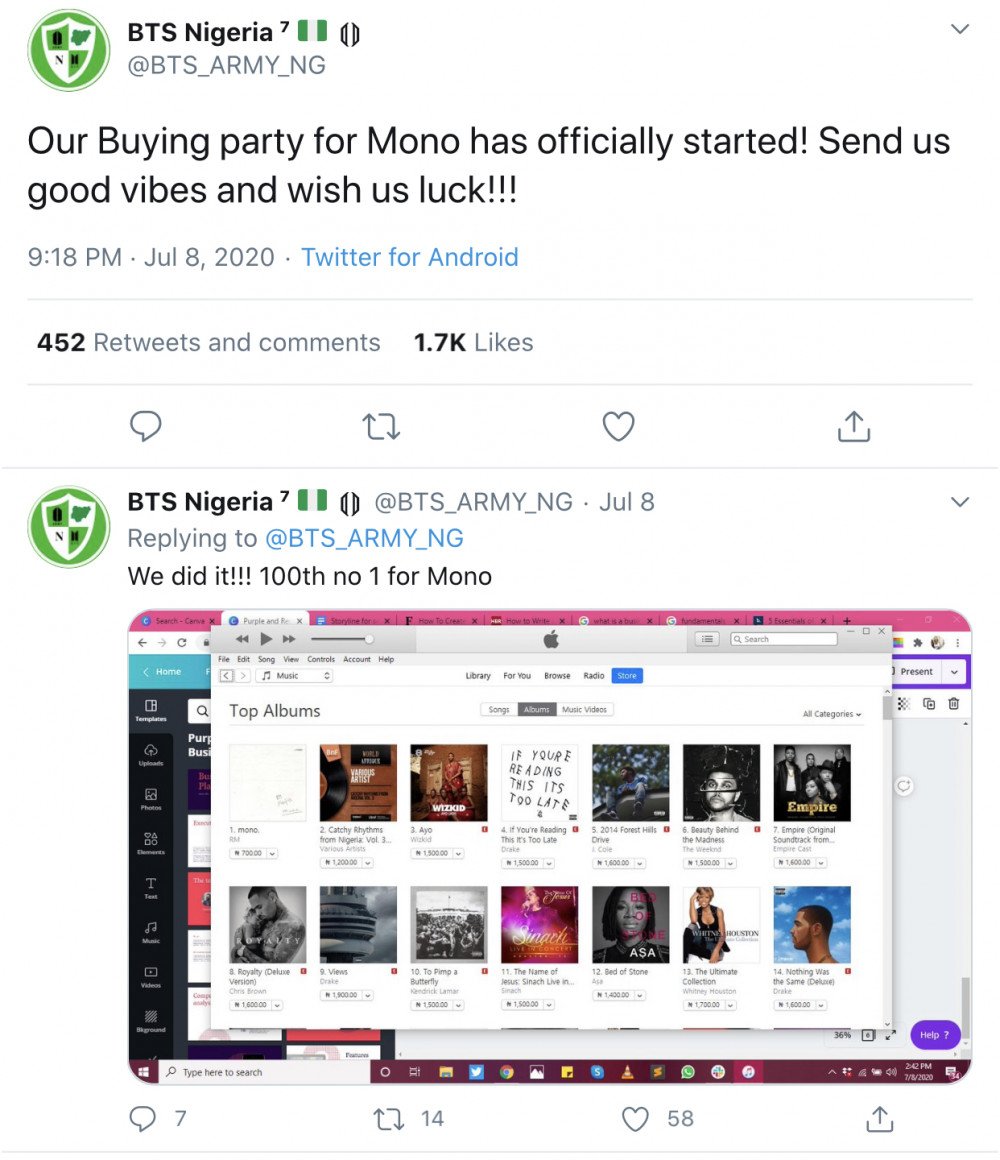 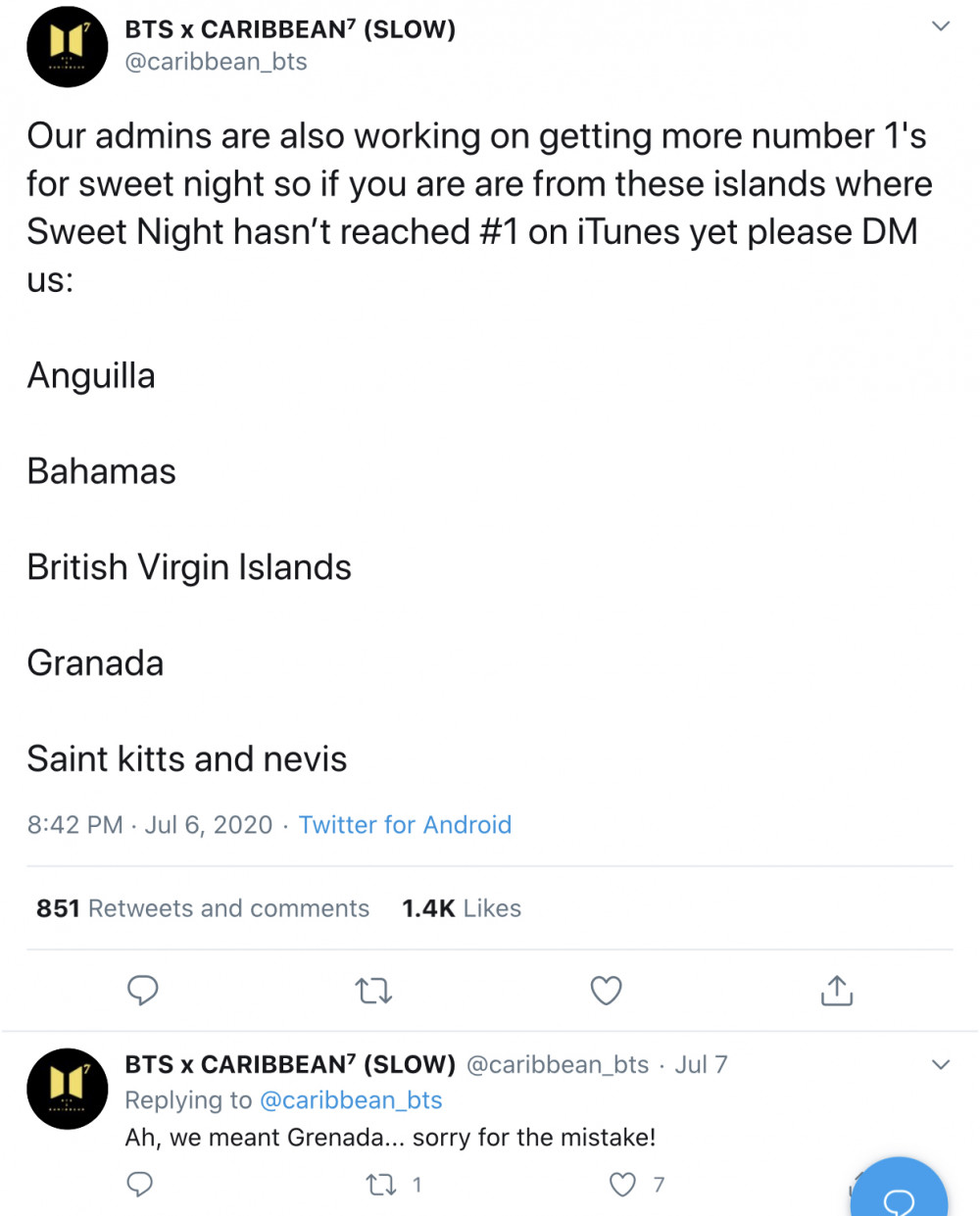 Comedian Kim Hye Sun updates her fans and shows off her healthy, chiseled figure after her wedding
4 hours ago   11   11,175

Dawn uploads a video of his girlfriend HyunA as she participates in a photo shoot wearing an interesting outfit
4 hours ago   5   3,011

VIXX's Ravi posts an Instagram story after it was announced that Hongbin will be leaving the group
6 hours ago   15   17,807

BLACKPINK celebrates their fourth anniversary with their fandom 'BLINK'
5 hours ago   1   3,336

TWICE teases their upcoming online concert 'Beyond LIVE - TWICE : World in A Day' as they release a practice video preparing for the concert
11 hours ago   1   1,087

TREASURE slammed another V LIVE achievement in prior to their official debut
13 hours ago   2   2,284