New York Times best-selling author and syndicated journalist Jae-Ha Kim, whose byline appears regularly in renowned outlets such as Rolling Stone, Variety, Chicago Tribune, Los Angeles Times, and MTV News, listed her six favourite Korean entertainers, who are triple threats (Singing/Dancing/Acting). She made a short synopsis on the K-Drama role played by each of the idols on her official Instagram.

No one can resist the charm of Kyungsoo's breathtaking acting skills. According to Journalist Jae, "If you haven't seen 'It’s Okay, That’s Love' yet, I highly recommend it. It's one of the few K-Dramas that I rated a 4/4. D.O. is spectacularly portraying a sweet high school student, who turns out to be not who the viewers thought he was."

Journalist Jae mentioned V's eye-catching acting skills, "Taehyung (aka V) could've gotten by just acting cute in 'Hwarang', but he brought true acting chops in his role of an airy aristocrat who's burdened by the weight of his family’s future on his slender shoulders. Behind his wide-eyed smile, he projected the pain and uncertainty his character was going through."

Jae praised Hyungsik's amazing charms,"He has so many great roles, but one of my favorites is 'Strong Woman Do Bong-Soon', where he shared amazing chemistry with Park Bo-Young. He played his part with gusto and puckish charm."

Jae put a light on Suzy's great depth of acting,"Suzy has come a long way since her 'Dream High' days. Playing a reporter who digs deep to uncover corruption in 'While You Were Sleeping', she has the role down pat. Yes, she was ensnared in the Second Male Lead syndrome that's a huge part of K-Dramas, but she brought depth and believability to her role."

Jae highlighted IU's amazing acting range,"IU had a huge hit with last year's 'Hotel del Luna'. But the K-Drama that really showcased her acting range was the bittersweet 'My Ahjussi'. Her character went through so much in an attempt to lead a normal, uneventful life."

Jae mentioned regarding Chanyeol's great acting potentials,"Park Chanyeol plays a game developer with just the right amount of terrified skittishness in the thriller, 'Memories of the Alhambra'. I knew he was in this K-Drama and yet it took me a while to realize it was actually him. It's easy to overact in a part like this, but he did a great job in portraying a teenager who was scared of death."

Do you agree with Journalist Jae-Ha Kim?

(My personal favourites are Kyungsoo and Hyungsik; I also think Jinyoung should have been there)

Most of them don't really know how to dance, their dances are just average, not excellent.

Some of them are not great singers, just maybe good or average singing.

Much of them still improving their acting skills because still are not those good at acting, much less excellent in acting

YOONA and SIWAN should be here.

YoonA is the BEST SM Female Dancer according to SM's choreographer and Performance DIRECTOR. Siwan is very good dancer!

Yoona was chosen as the Best Idol-Actress by Experts and also the BEST Actress by more than 200 Experts.

Siwan was chosen also as one of the BEST male idol-actors by Experts.

Yoona and Siwan are the ONEs Kpop artists who their talents at acting were even praised and approved by Experts from The cannes International Film Festival in Europe.

Yoona is the ONE kpop idol with a drama with more than 41% rating as Main actress. Most of her kdramas are Best Sellers.

Yoona and Siwan are Good Singers, Yoona is one of the Best Singer-Rapper in snsd. Yoona is even the Best Rapping in English in snsd.

Yoona is one of the BEST Female MC Of All times.

add: YOONA and SIWAN ARE two of the BRAINIEST KPOP ARTISTS and ACTORS Of All times.

THEY BOTH SO MULTITALENTED WITH GENIUS BRAIN & PERFECT VISUALS.

+
Yoona and Siwan are on another level! 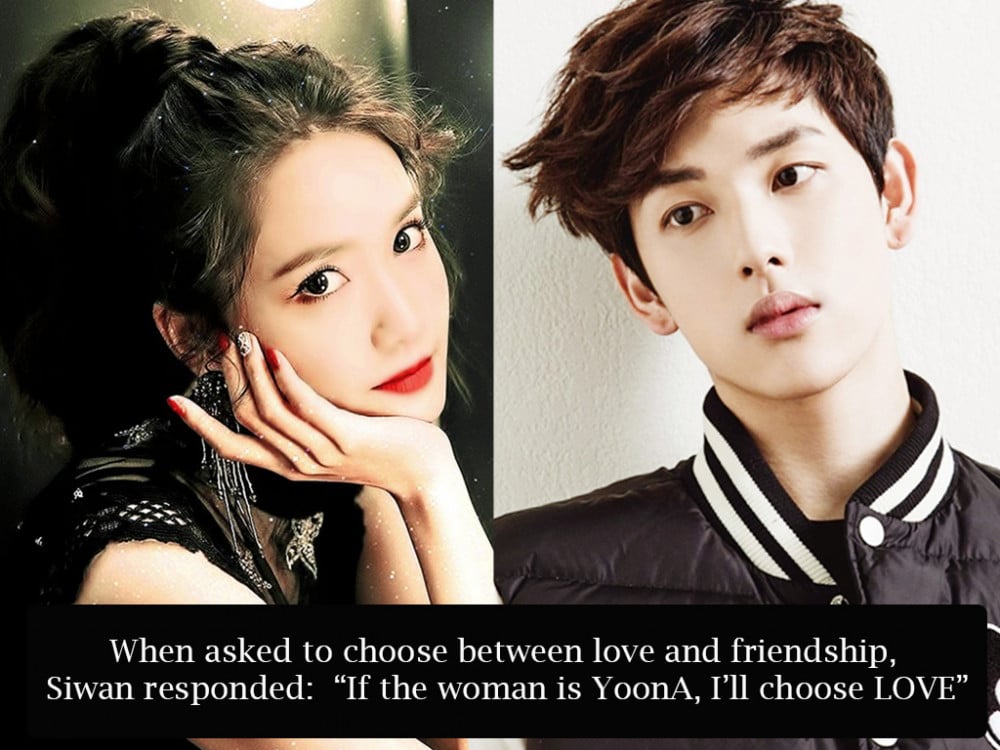