VIXX's Ravi said he wanted to become a bodyguard for his sister.

On April 12th episode of MBC's 'Where is My Home', VIXX's Ravi made a guest appearance to celebrate the first anniversary of the program. During the show, panel Yang Se Hyung made a remark on how Ravi cherishes his sister.

Ravi responded, "I wanted to become a bodyguard when I was little, to protect my sister." Park Na Rae teased him calling "Ohravi", which is a pun on Korean word for brother.

What a sweet brother! 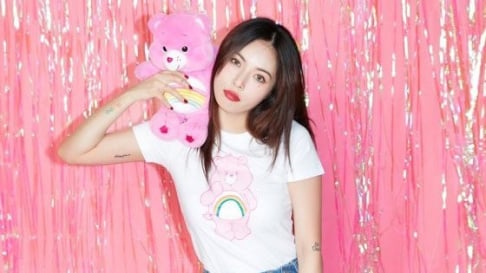 NewJeans' Minji rejected a personal offer from Lee Soo Man to become the center of an SM Entertainment group
3 hours ago   38   23,352

Fans are loving BLACKPINK's outfits in the latest concept teaser for "Pink Venom"
3 hours ago   8   3,965

"This is real hip-hop," Jay Park applauded for his latest Instagram post celebrating the National Liberation Day of Korea
4 hours ago   22   3,594

The fierce competition for this year's 'Rookie of the Year' award — which girl group do you think will win at the year-end award shows?
9 hours ago   75   12,769

Netizen suggests set of Girls' Generation's 'FOREVER 1' MV may have been plagiarized from Tokyo DisneySea
2 days ago   52   39,504