13 of the prettiest Kpop lightsticks

In no particular order, here is a rundown on some of the prettiest lightsticks in Kpop.

The look of this lightstick is unbelievable especially when it is turned on. The space theme is adorable and the lightstick even has little sparkles around it.

The pastel colours of the Carat Bong are extremely cute and gorgeous.

BLACKPINK has one of the most iconic lightsticks in the entire K-pop community. Both the sound effects that it produces and the way it resembles a hammer makes it extremely cute.

TWICE’s Candybong Z is not only cute and beautiful but also an elegant step up from their previous versions. Just like how the TWICE members are getting more sophisticated as they mature, their lightstick reflects their growth.

The way that Super Junior’s logo is incorporated into the lightstick is simple and yet beautifully done.

The Konbat is another very unique lightstick and it really captures the essence of iKON. The shape is very special and the bright red really sets this lightstick apart from many others.

Something about the Bangtan Bomb makes you just want to bop it to the beat of any song. The bangtan bomb is simple but extremely cute.

EXO has had 3 different versions of their Eribongs, and each one didn’t fail to amaze me. It is very minimalistic and yet classy and chic.

The colour of the lightstick goes very well with the design and they complement each other extremely well.

Their turnip design has to make it one of the cutest lightsticks.

The panda design is sets Apink’s fanlight apart from others. The design is cute, chic and a very fitting representation of Apink as a group.

While DAY6 also has a lightstick in the same design, what caught fan’s attention was the amazing light bands that they have. This is absolutely genius and they really changed the game of lightsticks with this.

Last but not least, Big Bang, who were the ones who started the trend of having a lightstick for their fandom. The crown shape on their lightstick is extremely fitting for them since they are one of the kings of k-pop.

While it might not be known as one of the prettiest fanlights in the Kpop Community, I personally think its really cute and I love it because I think the best memes come from NCT’s Lightsticks.

Did we miss any other pretty lightsticks?

More than half of them don't belong on the list. There are many other groups with way prettier lightsticks out there.

Starship are THRIVING in life 😔 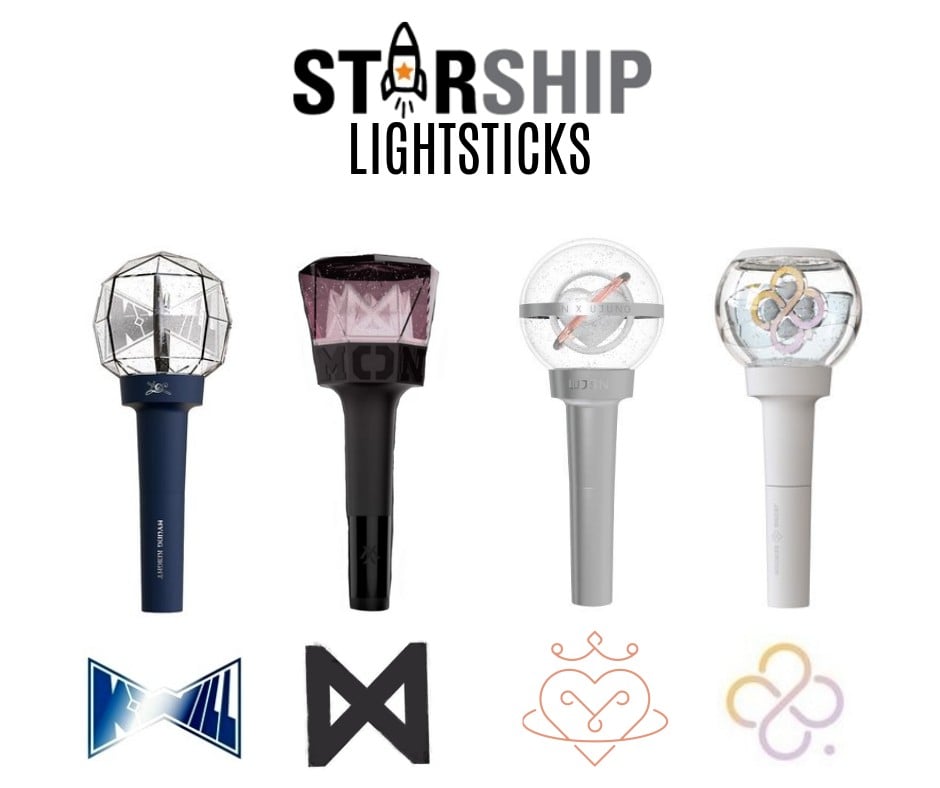 AKP BUZZ
Korean Mukbang YouTuber is fired from her Chinese agency after saying "Kimchi is a Korean food"
2 hours ago   34   23,818

GOT7 trends worldwide on Twitter as fans congratulate the group on a new beginning
3 hours ago   10   10,266

B.I officially returns as a singer and producer with Epik High's song "Acceptance Speech" and Epik High comment on his participation
4 hours ago   14   8,023

Netizens can't get over how good looking SM Entertainment artists were when they were young
22 minutes ago   5   1,774

Mina lashes out at netizen demanding proof that Jimin bullied her, posts medical diagnosis from hospital
16 hours ago   191   44,365

All Witnesses Denied Seungri Involvement, Saying Police Tried To Force Them Against Seungri
2 days ago   162   35,217