Seventeen have confirmed their summer comeback!

Pledis Entertainment confirmed Seventeen's return on July 12, stating, "Seventeen will be releasing a new track in early August. While there's not yet a concrete schedule regarding their promotions, we're planning to make an announcement soon."

Seventeen's last release was 'You Made My Dawn' this past January.

Stay tuned for updates on Seventeen!

Allkpop only post about Seventeen when they HAVE to.

So many already say that they are anti-seventeen. I have to agree to that.

So many remarkable things happened about Seventeen in the last few days, every other news sites wrote about it, but allkpop only write unnecessary articles about their favorites. I feel like someone pays them so they don't write about Seventeen or they really hate them.

There can't be any excuse that they didn't know about it, i talked to many carats who said that they always send tips, but they never post about it.

The verdict reducing Seungri's prison sentence in half brings shock and anger
2 hours ago   23   4,557 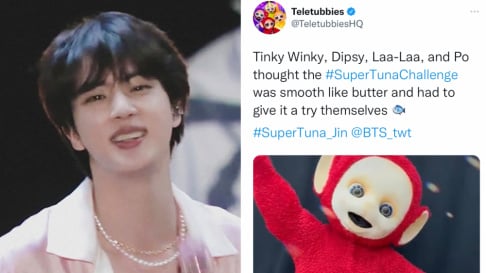 The military court has reportedly reduced Seungri's sentence to 1.5 years in prison during his final appeals trial
15 hours ago   129   19,444

TV personality Jonathan Yiombi garners praise as he reveals he will become a naturalized Korean citizen and fulfill his mandatory military service duty
22 hours ago   75   12,900

"Leave her alone," Korean netizens say people need to stop targeting Free Zia as she has been punished enough
2 days ago   88   35,119