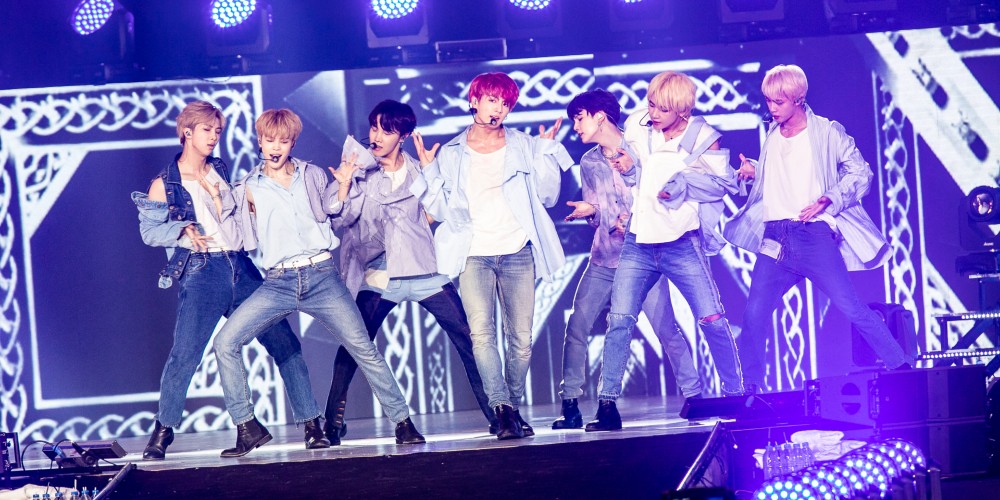 Is BTS being overworked?
Near the end of August, the K-pop boy group made their comeback with the new album 'Love Yourself: Answer'. A day after the release, BTS kicked off their world tour in Seoul. They then traveled to the United States and Canada for shows in Los Angeles, Oakland, Fort Worth, Hamilton, Newark, Chicago, and New York. In midst of the tour, the boys appeared on 'The Late Night Show with Jimmy Fallon', and even gave an inspirational speech at 'General Assembly of the United Nations'. They also added a stop at Citi Field for their world tour - becoming the first K-pop act ever to hold a U.S stadium concert. All of these remarkable events took place in just a month.
It's great to see the K-pop group flourish globally, but many fans are becoming concerned about BTS' hectic schedule.
On October 9, Big Hit Entertainment announced that maknae member Jungkook won't be able to participate in the choreography at BTS' concert in London due to an injury. Two days later on the 11th, the agency announced that Jimin will not be able to participate in the recording for 'The Graham Norton Show' due to poor health conditions. Shortly after the news, BigHit started trending worldwide on Twitter. 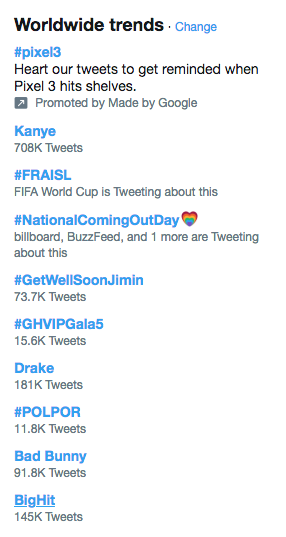 The BigHit tweets are mostly ARMYs showing concerns for the members of BTS. Some are strongly demanding a break for the idol stars who have been working nonstop. Some others are even criticizing the agency for overworking the boys.

hard to swallow pill, if bighit need to cancel tour dates to ensure that bts are all in good health then we're going to support their decision WITHOUT complaining

You can tell they bunched up their schedule in London because they have things happening non stop. Bighit really needs to consider a break for them. It's A LOT. Not to mention the amount of time they spent in the U.S too. They need time to rest.

BTS is currently in the United Kingdom for their shows in London. Next, they will be traveling to the Netherlands, Germany, France, Japan, Taiwan, Singapore, Hong Kong, and Thailand until April 2019  for the 'Love Yourself' world tour. On the official Big Hit Entertainment website, it states, "more dates to come", meaning the tour could be extended.
Meanwhile, BTS confirmed their attendance at the '2018 MBC Plus x Genie Music Awards' taking place in Korea in November. They're also most likely attending the various year-end award shows in December.
The K-pop stars have truly become the "biggest boy band in the world", but are they being overworked? Let us know your thoughts in the comments.
Share this article
Facebook
Twitter
1 42,824 Share 100% Upvoted

Former CSJH The Grace member Stephanie states she started dating Brady Anderson without knowing he was 23 years older
3 hours ago   4   9,337

AKP BUZZ
Controversy is rising over a politician attending the plenary session of the National Assembly in a short pink one-piece dress
50 minutes ago   8   1,928

MAMAMOO's Solar sends fruit baskets to the production team of 'Running Man' in return for the gift she received from Song Ji Hyo
1 hour ago   1   1,808

Netizens grab their bellies in laughter as they watch Taeyeon jokingly yell on her live broadcast
2 hours ago   2   2,233

Some fans dissatisfied with Chen as he posts his first congratulatory message to EXO-L in six years
6 hours ago   72   17,452