'Show Me The Money 777' producers cypher it out with laid-back beats, but sharp rhymes 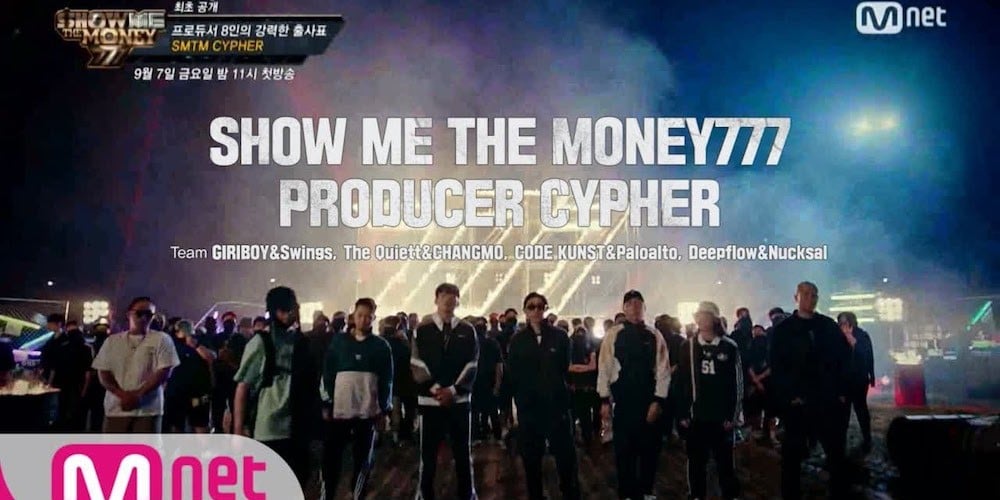 The producers of Mnet's 'Show Me The Money 777' have gathered for a killer cypher session, to kick off this season with a bang.

The beats used for this season's producer cypher are laid-back with a leisurely vibe, but the producers, who are rappers at their core, bring out their sharp words targeting the haters and the losers. Listen above as team Giriboy x Swings drops it first, followed by PALOALTO x Code Kunst, then Changmo x The Quiett, before the finale by Nuksal x Deepflow.
There's more where that came from, so make sure to tune in to 'Show Me The Money 777' starting next week on September 7 at 11 PM KST!
Share this article
Facebook
Twitter
0 11,040 Share 100% Upvoted

"Korea slanders China, we don't do counterfeits," Chinese netizens become outraged about a scene from 'Anna' starring Suzy that was based on an actual event
16 hours ago   72   43,993

Netizens send their encouragements after finding out that former MASC member Chibin, who left the group after a violence incident with another member, is re-debuting
7 hours ago   7   14,020

"Korea slanders China, we don't do counterfeits," Chinese netizens become outraged about a scene from 'Anna' starring Suzy that was based on an actual event
16 hours ago   72   43,993