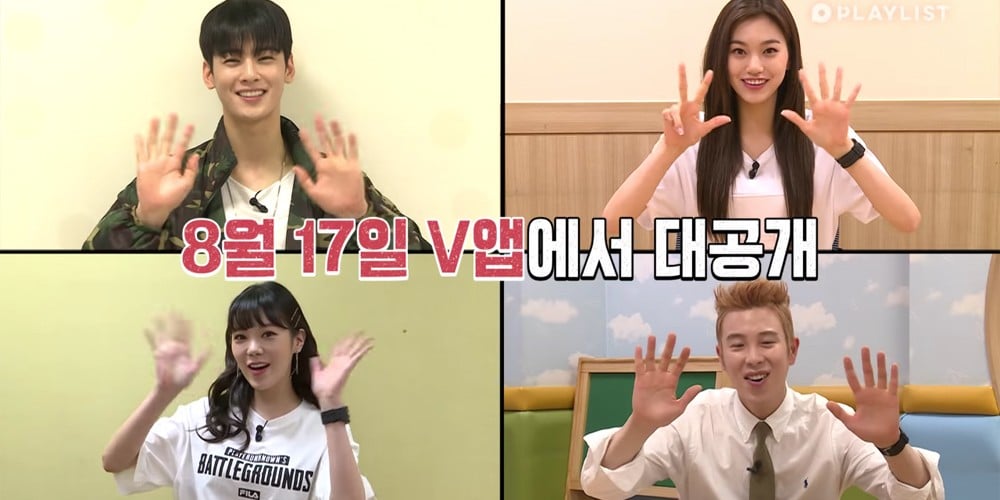 Lizzy (Park Soo Ah), Block B's P.O, Hong Jin Young, Jang Do Yeon, ASTRO's Cha Eun Woo, and Weki Meki's Kim Do Yeon want you to tune in to their new web variety series!
The first web variety series created by studio Playlist, 'You'll Die If You're Seen: Mart War' is a game-based variety where players attempt to grab as many items from the mart as they can in a shopping cart, while trying to dodge being photographed by other players.
Watch the teaser below to see what goals and strategies each of the 6 players have in mind for this unique new game, and make sure to begin tuning in for the premiere on August 17 at 7 PM KST! Starting with the premiere, 'You'll Die If You're Seen: Mart War' will air through Playlist's official 'V Live' channel every Tuesdays and Fridays.
Share this article
Facebook
Twitter
0 10,282 Share 100% Upvoted

BTS and Megan Thee Stallion surprise the audience with their 'Butter' live performance
4 hours ago   15   5,255

4NOLOGUE and Abyss, home to GOT7's BamBam, are now working in partnership to manage his Thailand activities
1 hour ago   3   547

Fans send a protest truck in front of the YG Entertainment building demanding Big Bang's comeback as a 4-members group
20 hours ago   82   51,957