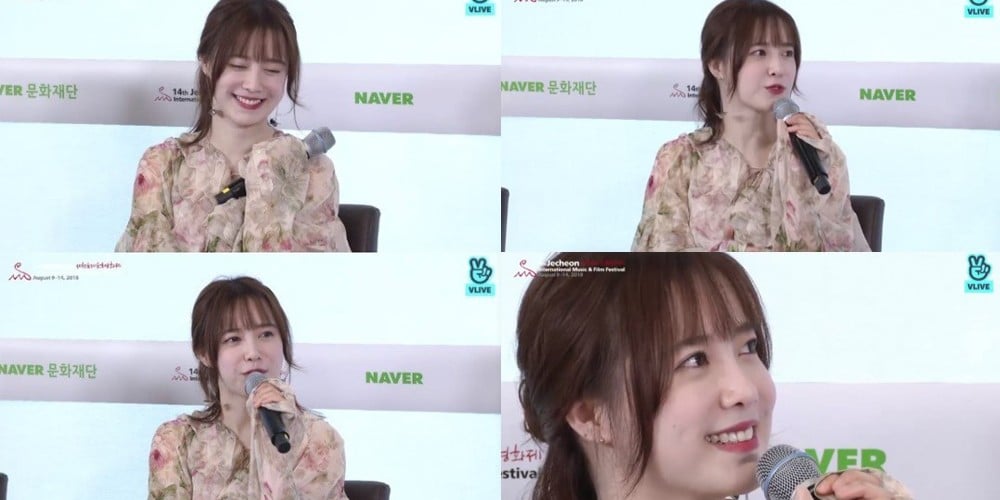 On August 10, actress Goo Hye Sun attended a 'V Live' interview at the '14th Jecheon International Film & Music Festival' to discuss her short film, 'Deep Sleep'.
About her film, she shared, "I made this film with inspiration from my own experiences in suffering from insomnia, hoping that viewers would sleep well while watching the film." Fellow director Lee Moo Young, also attending the interview, stated, "The film has no footage, only continuous music. It is a film where you only listen to the music."
Goo Hye Sun reacted with, "I think it would be a compliment if people say, 'I enjoyed listening to it' or 'I slept well', after watching my film." Later, about her future plans, Goo Hye Sun laughingly answered, "For the immediate future, I need to lose some weight." She continued, "I was shocked [by the response to my weight gain] so I began scuba diving. But it is apparently not a sport for losing weight. Still, there was a lot of energy spent, so I did lose a slight bit of weight."
When the MC asked, "Will you be publishing a book on dieting soon?" Goo Hye Sun remarked wittily, "I may be including that in a book soon."
Share this article
Facebook
Twitter
0 10,260 Share 100% Upvoted

Kang Daniel updates fans on how lawsuit against malicious commenters
2 hours ago   12   2,147

Kang Daniel updates fans on how lawsuit against malicious commenters
2 hours ago   12   2,147