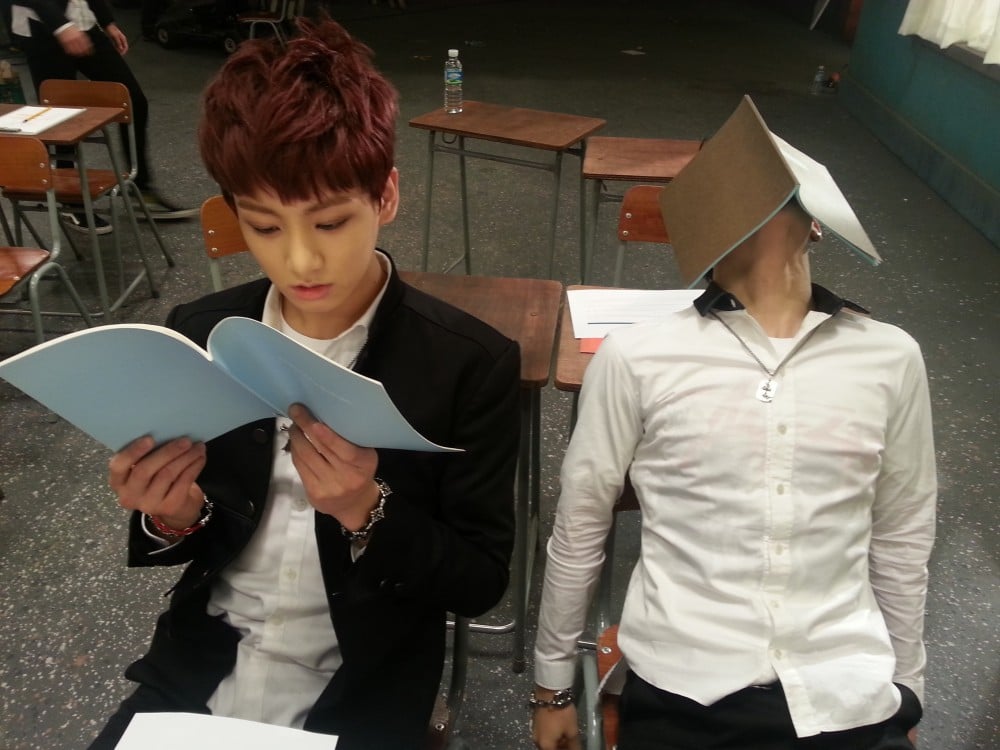 1. BTS RM
RM is known for being an avid reader. He is often seen carrying around a book or browsing around in a bookstore. In fact, he loves books so much that he uses them as inspiration for music videos. Some of his past recommendations to fans include Hermann Hesse's "Demian," Ursula K. Le Guin's "Those Who Walk Away From Omelas," and Haruki Murakami's "Kafka on the Shore."
2. IU
IU has shared her hobby of reading books with her fans multiple times. She has been a bookworm since she was young and frequently reads books in her spare time. Some of her favorite books include Kaori Ekuni's "Falling Into the Evening," Milan Kundera's "The Unbearable Lightness of Being," and Park Min Gyu's "Castella."
3. GOT7 Jinyoung
Jinyoung is probably one of the biggest bookworms in the K-Pop industry. He visits libraries on a regular basis and has a long compilation of book recommendations. A few of his favorites include Guillaume Musso's "The Girl on Paper," Paulo Coelho's "The Alchemist," and Haruki Murakami's "Norweigan Wood."
4. GOT7 JB
Like his fellow member Jinyoung, JB is an avid reader. He loves to read books and often encourages other GOT7 members to read as well. Some of his book recommendations include Alain de Botton's "Essays in Love," Carol S. Dweck's "The New Psychology of Success," and Jojo Moyes' "Me Before You."
5. Girls' Generation Seohyun
Seohyun loves to read books, particularly self-improvement books. Reading has become a part of her daily life and she is often seeing advising her members to take on the good habit. Her favorite books include Ban Ki Moon's "Study Like a Fool, Dream Like a Genius," Cha Dong Yeop's "Blessing of the Rainbow," and Lee Ji Sung's "Dreaming in the Attic."
6. CNBLUE Jonghyun
Jonghyun is an avid reader and has posted photos of his book collection on Instagram. He frequently shares his current reads with his fans. A few of his favorites include Walter Moers' "The City of Dreaming Books," Paul Johnson's "Modern Times: The World from the Twenties to the Nineties," and Kim Sang Hoon's "Complete Korean History."

Have you read any of the books on this list?

TV personality Kim Gu Ra & his wife revealed to have welcomed a healthy baby over the Chuseok holidays
1 hour ago   1   2,508

'The Late Late Show With James Corden' deletes videos of the host calling BTS's appearance at the UN 'unusual' in response to backlash from ARMYs
22 hours ago   137   80,725

Actor Nam Goong Min nonchalantly shuts down rumors of his alleged steroid use by uploading a photo of himself at the gym
2 days ago   59   43,523