Original members of 'Infinity Challenge' including Yoo Jae Suk to leave the show? 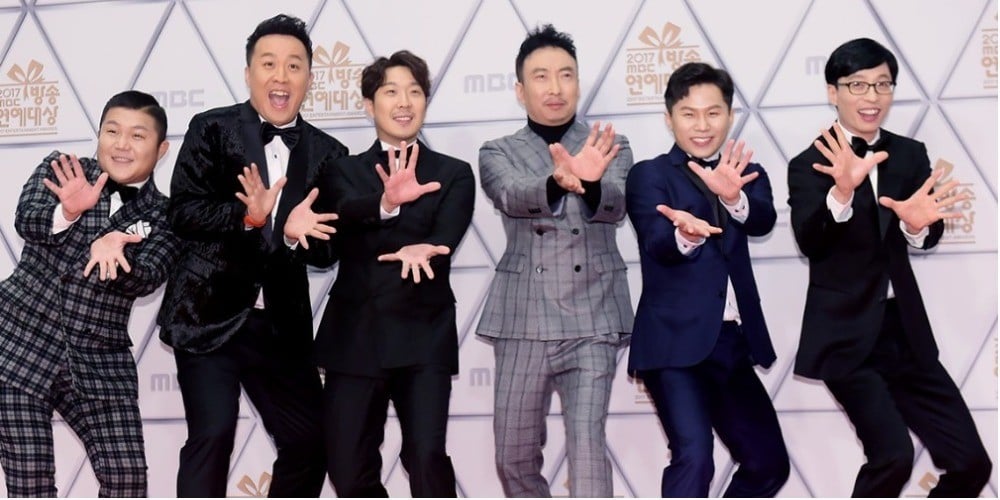 Major changes might be coming to MBC's 'Infinity Challenge'.

On March 5, an exclusive report by News1 stated that the hit program is planning to change members for the new generation, and the original members Yoo Jae Suk, HaHa, Park Myung Soo, and Jung Jun Ha are leaving the program.

Prior to this, it was announced that Kim Tae Ho, who has been in charge of the show for more than 10 years, will no longer be the main producer.

In response to the reports on Yoo Jae Suk's departure from the show, his agency, FNC Entertainment, stated, "Nothing is yet confirmed about his departure. The discussion is ongoing with doors open to many possibilities." MBC also stated, "'Infinity Challenge' is under discussion with many possible options."

'Infinity Challenge' is one of the top variety shows of Korea that has been running for more than 10 years. Currently, the members are Yoo Jae Suk, Park Myung Soo, HaHa, Jung Jun Ha, Yang Se Hyung, and Jo Se Ho.

[TW/CW: Self-Harm] Former AOA member Mina elicits concern after uploading and deleting a picture of her injured wrist
5 hours ago   7   25,563

BTS V's African Fanbase adopts a baby elephant for his debut Anniversary and it's the cutest little thing
7 hours ago   17   2,727

BTS fans trick local TV station into airing a birthday shoutout to Jungkook under the name 'John Guk'
10 hours ago   32   13,310

BTS V becomes the first Korean Solo Artist in the history to occupy all the top 3 spots of Amazon US Best Selling Song Chart
8 hours ago   20   1,361

Big Hit Entertainment reiterates earlier statement of response to speech sample used in 'What Do You Think?'
24 hours ago   141   40,921