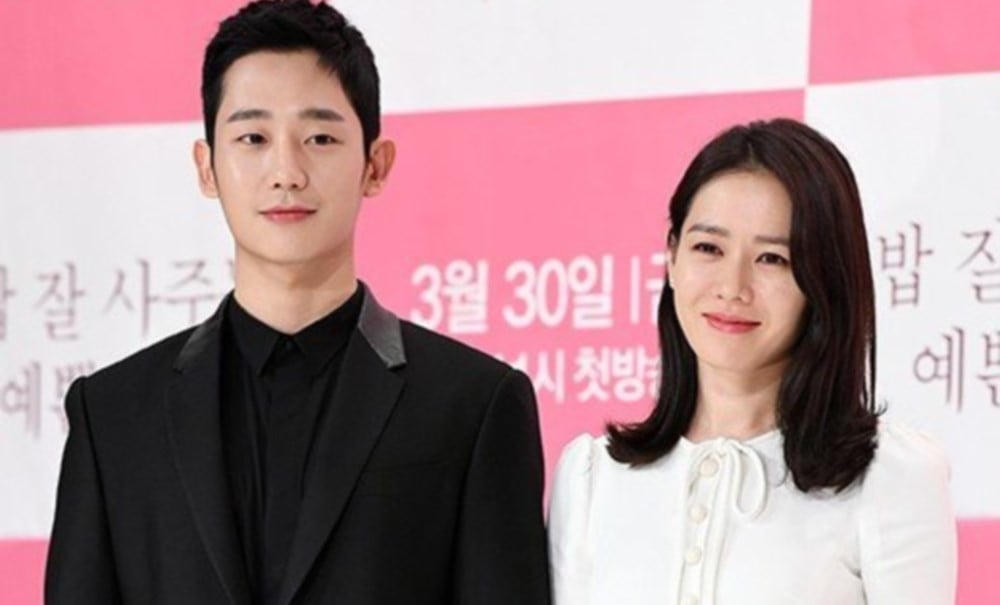 Actor Jung Hae In said he was too shy to speak to his 'Something in the Rain' co-star Son Ye Jin.


At the press conference for 'Something in the Rain' on March 28, Jung Hae In opened up about his first impression of Son Ye Jin, saying, "She was so beautiful I couldn't look at her at first. There's a scene at a snack cart, and it was the first scene we have skinship. I couldn't look her in the eyes. I was so nervous. She's so beautiful. The way she laughs is pretty, and I think she has a way of putting people in a good mood with her energy."

Foreign stalker of TWICE's Mina reportedly questioned by police for visiting her home in Japan
7 hours ago   47   39,243

AKP BUZZ
South Korean military kicks out soldier who underwent male to female transgender surgery in the middle of service
11 hours ago   140   67,731

Netizens react angrily at SBS after learning that Wendy is still hospitalized a month after her accident
17 hours ago   49   35,895

Foreign stalker of TWICE's Mina reportedly questioned by police for visiting her home in Japan
7 hours ago   47   39,243

Momoland's label to take legal action on members' behalf due to social media harassment
21 hours ago   11   7,033