As reported earlier,ĀGirls' Generation's "Oh!" will be the title of theirĀnext Japanese single that's scheduled for release on September 26th.

Earlier today, a preview of their "Oh!" PV was revealed through the Japanese early morning programĀZIP, and now the full version has been revealed!

"Oh!" is the title track off of Girls' Generation's 2nd album which was released in Korea back in January of 2010. Its cute lyrics describe the feelings of a woman in love, and the video became a hit with the members dancing in cheerleading outfits.

Check out the PV below!

[Lyrics NSFW] Baekhyun trends worldwide on Twitter for the sexually explicit lyrics to the track "Drown"
1 hour ago   33   9,872

[Lyrics NSFW] Baekhyun trends worldwide on Twitter for the sexually explicit lyrics to the track "Drown"
1 hour ago   33   9,872 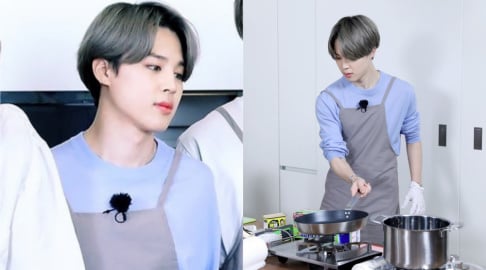 AKP BUZZ
Korean Mukbang YouTuber is fired from her Chinese agency after saying "Kimchi is a Korean food"
1 day ago   115   119,784

Mina lashes out at netizen demanding proof that Jimin bullied her, posts medical diagnosis from hospital
2 days ago   250   51,202

All Witnesses Denied Seungri Involvement, Saying Police Tried To Force Them Against Seungri
3 days ago   167   36,993