Kim Bo Kyung released her second mini-album, "GroWing" earlier this week, but she's got more good news to share -- the singer revealed that she's received a personal video message from her idol, Kelly Clarkson! On September 26th, Kim Bo Kyung wrote on her Me2day, "I'm so touched by Kelly Clarkson! Forever my idol, you are the best!  My dream is slowly becoming a reality." With her post, she uploaded a video of Kelly Clarkson giving her words of advice and support. Kim Bo Kyung's admiration for the 'American Idol' star is well-known in Korea.  When Kelly Clarkson visited Korea to judge for 'Superstar K2', Kim Bo Kyung immediately auditioned for the program with her song, "Because of You". Kelly Clarkson heard about Kim Bo Kyung through Sony Music and decided to lend her some words of wisdom to show her support. Netizens commented, "Kelly Clarkson seems like such an amazing person to do this", "She must be so happy to receive a video letter from her idol", and "I'm moved as well." Check out the video below! Source + Photos: Naeil News via Naver

One of the biggest online communities lists idol members by popularity
13 hours ago   60   23,881

BTSâ€™s V becomes the master of the holy trinity of entertainment as he adds an award for â€˜Best OSTâ€™ to his existing collection of awards for acting and dancing
15 hours ago   34   6,628 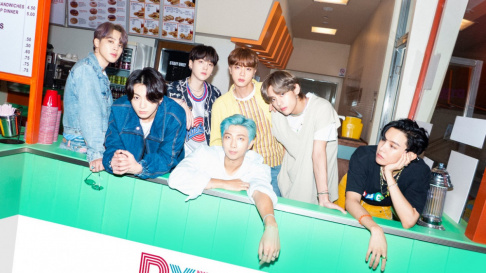 Netizens react coldly to the news that Park Yoochun will be starting his own YouTube channel
3 days ago   106   21,217