On the July 9 broadcast of KBS2's ongoing idol romance drama series 'Imitation', the cast members teamed up in pairs to remake classic songs on the fictional music variety program, 'Sing Again With You And Me'!

On July 10 at 12 PM KST, KBS2 also officially released all four collaboration tracks as a part of the OST album including "Like When We First Met", "Trouble Maker", "Mini Date", and "My Old Story"!

Catch all four teams' performances from this week's 'Imitation', above and below!

They all did so well! Yunho and Ma-ha had such a great ballad together they really complimented each other, It's sad that there is only 2 episodes left! I really enjoy this drama, despite all the negative people hating on it and saying it has bad reviews. 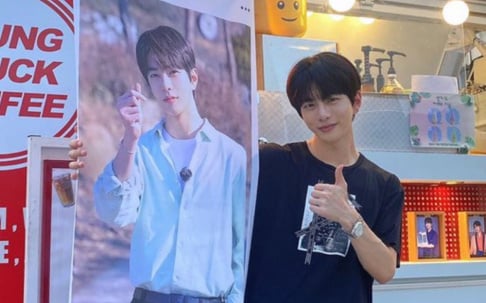