Ong Seong Wu has revealed the making of his music video for "We Belong".

The MV making-of video follows Ong Seong Wu as he poses on set, talks to his fans, and goes through the scenes in his MV. As previously reported, the former Wanna One member is returning solo after the end of the project group, and he's come back with his self-composed digital single "We Belong".

Watch the making of Ong Seong Wu's "We Belong" MV above and the MV here if you missed it. 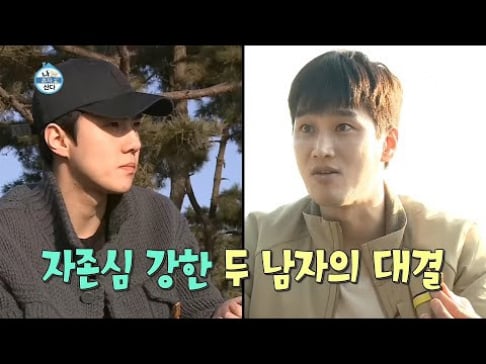 Mina x Ryu Phillip couple of 'Modern Family' regretfully decide to give up on pregnancy
40 minutes ago   2   2,132

Super Junior's Leeteuk reveals why fans are amazing people + shares his thanks toward hoobae idols
2 hours ago   1   1,503

Despite being Rookies, ATEEZ is being praised by Seniors and chosen as role models by their fellow rookie idols
13 hours ago   43   30,643

Former Hello Venus member Nara soars in popularity after 'Itaewon Class', shows off her charisma in new photoshoot
10 hours ago   8   14,773