The idol, also hailing from the Philippines, greeted viewers with her youthful energy while competing in a number of fun games, including challenges including dancing and bouncing around on pogo sticks. She was joined by fellow 'Running Man PH' guest, actor Gabby Eigenmann.

Meanwhile, Lapillus has been actively promoting in the Philippines, having held a string of fan meetings, local interviews, and even television program appearances in the past few months. 'Running Man PH' airs on GMA at 7:15 PM on Saturdays and 7:50 PM on Sundays. 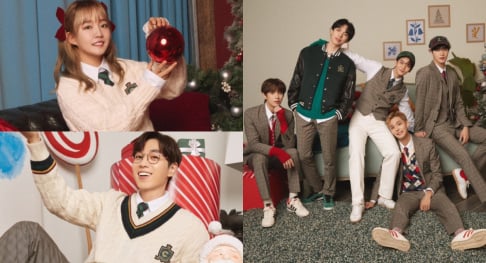 well i heard her name is big in phil tho

Song Hye Kyo responds to 'The Glory' viewers saying that she suddenly looks much 'older' than before
52 minutes ago   5   5,480

GOT the Beat yields disappointing chart results compared to their previous release
2 days ago   66   30,921