While the Ministry of National Defense announced that they might conduct a public survey regarding BTS's mandatory military service exemption, two media outlets decided to conduct the survey themselves.

As a result of the survey conducted on September 1 by KBC Kwangju Broadcasting and UPI News, 57.7% of the respondents said they were in favor of granting BTS a special military exemption, and 39.7% were against the exemption. The remaining 2.6% of the people were undecided.

In detail, 35.3% were firmly in favor, 22.4% were somewhat in favor, 12.3% were slightly against it, and 27.5% strongly opposed granting the global K-pop group the military exemption.

When asked about delaying the group's enlistment for a few more years instead of being exempted, 57.4% were in favor, and 39.1% were against the delay. Additionally, 3.5% replied they weren't sure.

The results were similar when the survey was conducted regarding other popular artists other than BTS.

Additionally, 58.6% favored giving a special military exemption to famous artists who have contributed to increasing national prestige and promoting Korean culture. Only 37.6% were against it. 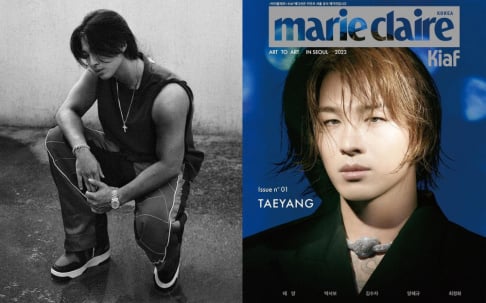 Did Taeyang's vibe change after becoming a dad?

This is so not fair if they get exempted. They're not the only group that has helped k-pop and Korean culture become known internationally. Just because they're popular doesn't mean they should be exempted! This would be a total slap in the face to other groups who worked so hard to promote Korean culture and make k-pop more popular. The fact that they're fans are saying things like "If ____ got exempted then so should they" like no, Last time i checked every korean man must fulfill his mad oratory military service before the age of 30! They need to just do the right thing and fight for their country like every other Korean man is doing.