AKP STAFF
STAYC has canceled some of their schedules this week as four members test positive for COVID-19.

On August 8 KST, HIGHUP Entertainment announced that members Sumin, Seeun, Isa, and Sieun have all tested positive for COVID-19. According to the statement, Sieun began experiencing a mild sore throat that morning and tested positive through a self-test kit. While the other members all tested negative via self-test kits, they also took PCR tests, which showed that Sumin, Seeun, and Isa were also positive. J and Yoon's PCR tests have yet to come out.

All STAYC members have been vaccinated three times, and the members who have tested positive are now in quarantine under government health guidelines.

As a result, STAYC will not be participating in the day's '2022 Ulsan Summer Festival,' and they will not be appearing on 'Show! Music Core' later this week. Updates regarding their future schedule will be announced on August 13. 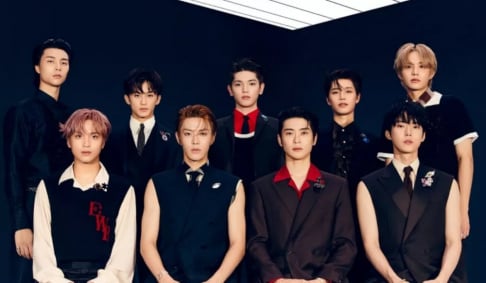 All MONSTA X members decide to continue as a group; I.M to officially leave Starship Entertainment

I hope the girls get better soon