Former LE SSERAFIM member Kim Garam recently posted a statement explaining her side of the story through her alleged friend.

On August 10, an individual claiming to be Kim Garam's friend posted a letter from Kim Garam and a few more documents regarding the Autonomous Committee for Countermeasures against School Violence.

In response, an HYBE official told Xports News, "We have terminated the exclusive contract with Kim Garam, so we have nothing to say in regards to that because any additional comments would be inappropriate."

On this day, an alleged friend of Kim Garam explained she was posting on behalf of the former idol because Kim Garam doesn't have a personal social media. The friend explained she wanted to clear the air and share Kim Garam's side of the story.

In the letter, Kim Garam wrote, "This is very late, but I didn't have the chance to speak my position. Because I put much effort to achieve my dream, it is true that I was afraid that the dream that I ran toward would break to pieces because of my past actions. However, I was more afraid of the criticisms that increased as the days passed."

Additionally, the document about the Autonomous Committee for Countermeasures against School Violence that was attached with the post is garnering attention again.

Meanwhile, Source Music made an official announcement on the 20th of last month that the company decided to terminate the contract with Kim Garam.

Why do male groups have much larger concerts when it seems like female groups are more popular with the general public? 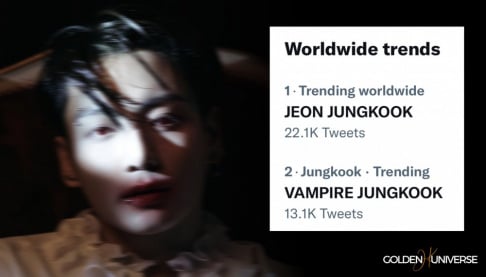 Nowhere does she say I'm sorry to the other members. Her scandal kind of affected their debut. And anyways Hybe please dont try to defend your artist anymore, cause you suck at it.

They could have at least ended their statement with an 'we wish her well for the future' or something with a little bit of humanity.

"It was so easy to break up with him," K-netizens comment on how fast Park Min Young stated she broke up with businessman Kang Jong Hyun
3 hours ago   17   19,355

A fan suddenly jumps up on the stage during CL's performance at the Chung-Ang University festival
4 hours ago   20   7,032

K-netizens believe the person leaking V and Jennie's photos could be an employee of YG Entertainment
1 day ago   79   100,748