ATEEZ drops tourdates for 2022 world tour 'The Fellowship: Beginning of the End'

ATEEZ is ready to return to performing live for fans around the world!

On November 15 KST, the KQ Entertainment boy group unveiled the tour schedule for their upcoming 2022 world tour 'The Fellowship: Beginning of the End.' According to the schedule, the tour will kick off in Seoul from January 7-9 before moving to the United States leg from January 18-30, then moving to the Europe leg, which will run from February 13 - March 1. The tour includes 12 cities and eight countries in total.

Meanwhile, hours before the schedule dropped, the group released an announcement video to raise anticipation for the tour. The clip can be seen here.

Check out the full schedule below!

Where’s the link to get them tickets

If I understant correctly; tickets from 2020 carry over.

"Ticketing for the remaining/refunded tickets for all other cities will start on Thursday, November 18, 2021."

Seems you can only buy remaining/refunded tickets, which again must mean we can keep ours from 2020.

Really hope thats true, as I bought tickets for the London concert.

TWICE's Jungyeon cutely refutes sister Gong Seung Yeon's comments about her during her winning speech at the 'Blue Dragon Film Awards'
2 hours ago   10   8,950 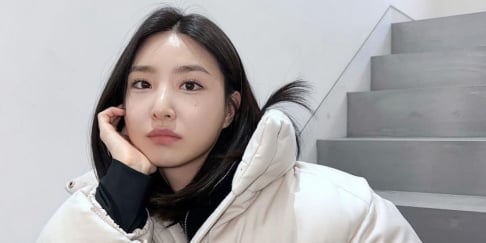 BTS can carry out their group activities until next year as all members requested an enlistment deferral
1 day ago   139   93,717