According to Hanteo chart on August 24, TOMORROW x TOGETHER's 2nd full repackaged album 'The Chaos Chapter: Fight or Escape' has officially recorded a total of 483,911 copies in first week sales.

Released back on August 17 at 6 PM KST, TOMORROW x TOGETHER's 'The Chaos Chapter: Fight or Escape' topped iTunes album charts in 20 countries immediately after its release. Now, the album has recorded over 483,000 copies in its first week sales, which ran from August 17~23.

Have you received your copy of TXT's 'The Chaos Chapter: Fight or Escape' yet?

Impressive, especially given this is a repackage , Good Job boys👍 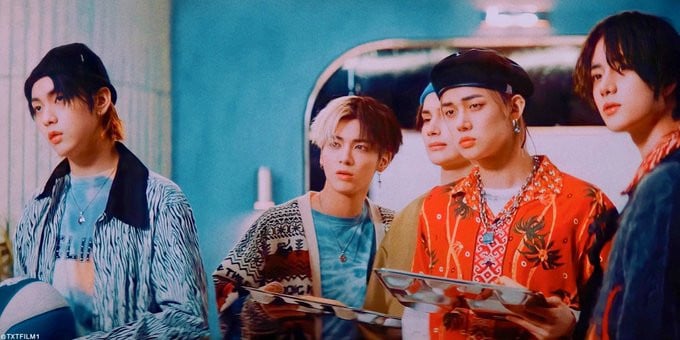 Add it with the sales from the freeze album, they have 1 million+ sales.

Yulhee reveals her stretch marks gained over time from giving birth to three children
4 hours ago   10   11,758

Jessi says she ignores Psy whenever he tells her to cover herself while wearing revealing clothes
6 hours ago   21   31,796