News
Posted by germainej 11 days ago

Ji Soo's label KeyEast responded to the lawsuit by the production company behind 'River Where the Moon Rises'.

On April 2, production company Victory Contents stated they'd be filing a lawsuit against KeyEast for damages incurred following Ji Soo's withdrawal from the drama 'River Where the Moon Rises' due to his school bullying controversy. The actor's label has now released their own statement.

KeyEast stated, "After the controversy over the school violence broke out with actor Ji Soo, we discussed closely with production company Victory Contents and the broadcast network KBS. Ji Soo also apologized as soon as possible. This was only to avoid further damage to the drama though no details have been confirmed. We deeply sympathize with the difficulties faced by the production company and other production staff due to the sudden need to replace an actor, and we made it clear that we're only responsible for the reasonable cost of additional filming to replace the actor."

The label continued they requested a settlement of the costs as the two parties weren't able to reach an agreement, and Victory Contents claimed it would take more than a month for the final settlement. KeyEast further stated they've been making an effort to reach an agreement by requesting arbitration by KBS and the 'Drama Producer's Associations,' and they have been cooperative unlike Victory Contents' claims.

I don’t understand why this label didn’t terminate his contract??? it’s very strange to me

I hope they do get money from his agency. What people don't tend to see is that there are more than just writers, directors, actors, that stand to lose from an incident like this. There are those in the industry with 9-5 jobs that require multiple projects like gaffers, keygrips, set designers, construction. Those people don't get paid the big bucks like actors do but they are there working every day. If this series was cancelled like Joseon Exorcist.. a lot of people would have been out of a job.

Netizens speculate that Seo Ye Ji was abusive towards Kim Jung Hyun, Kim Soo Hyun, and Yunho after looking back on a past blind item
7 hours ago   104   180,830 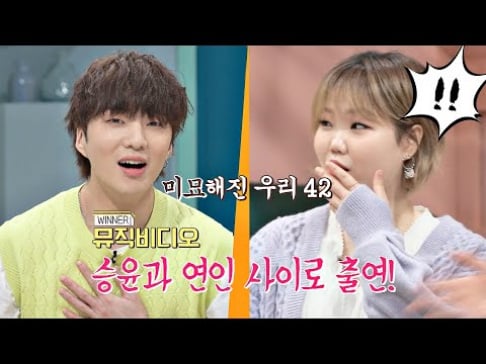 WINNER's Kang Seung Yoon talks about feeling awkward with AKMU's Suhyun, after they acted as a couple in the 'Hold' MV
3 hours ago   3   4,418

"Seohyun had a difficult time because of humiliation," staff member from the drama 'Time' reveals the situation at the film set
10 hours ago   89   44,438

AB6IX captivate with their upgraded visuals in 'Mo'Complete: Have A Dream' comeback images
56 minutes ago   1   262

Netizens speculate that Seo Ye Ji was abusive towards Kim Jung Hyun, Kim Soo Hyun, and Yunho after looking back on a past blind item
7 hours ago   104   180,830

"Seohyun had a difficult time because of humiliation," staff member from the drama 'Time' reveals the situation at the film set
10 hours ago   89   44,438

Netizens parody 'The World of the Married' by casting celebrities for 'The World of School Violence' in light of bullying controversies
1 day ago   190   40,285