Netizens commented after seeing all the Big Hit 'leaders' together on the same stage.

On New Year's Eve, the artists under Big Hit Label gathered together for a night of 'New Year’s Eve Live' joint concert. At one point during the event, the leaders from each group, along with Bumzu and Lee Hyun, came together for an interview session. The idol group leaders included ENHYPEN's Jungwon, GFriend's Sowon, BTS's RM, NU'EST's JR, and TOMORROW x TOGETHER's Soobin.

Seeing a screenshot of these 'leaders' together, netizens commented on various aspects revealed from this moment. Some commented on how tall Soobin, RM, and Sowon were, and how it "felt so good" seeing them all together as leaders.

"Soobin and Sowon look so tall compared to the others??"

"I didn't know Jungwon was the leader! I thought it was Heeseung. Learned something new today."

"My babies are so TALL"

"I love Sowon...representing the only girl group there" 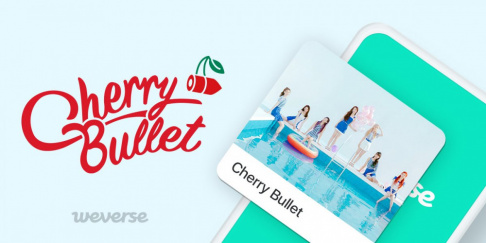 Cherry Bullet is coming to Weverse!

Strange netizens say it "felt good" seeing them together after the same netizens were complaining a few weeks ago that the Big Hit company concert was going to feature more than just BTS. - No comment here just an observation on how quickly opinions change.

I really enjoyed The collaboration performances, Especially the "Too You" Stage, I loved the outfits