After opening up his brand new Instagram account on December 18, Jo Byung Kyu has been flooding his feed with various posts, promising to "catch up" to his hacked account. In some of his posts, Jo Byung Kyu can be seen writing, "I'm feeling frazzled after my account was hacked. But I'm gonna buy the memories of that old account in my heart and star fresh. With strong resilience, just like So Moon!" and "Ha Na noona, I made a new account. I'm sad (cries)."

To this, his drama co-star Gugudan's Kim Se Jung (a.k.a Han Na noona) responded, "Stop acting like you're So Moon, Jo Byung Kyu!"

According to his label HB Entertainment, it will be difficult to retrieve Jo Byung Kyu's old account without consequences. Meanwhile, Jo Byung Kyu is currently greeting viewers on the small-screen in his latest OCN drama series, 'The Uncanny Counter'.

i wish celebrity private live were respected, but I guess we cant get what we want at the end of the day.

Ah love his new show so good. And seriously someone needs to talk to these agencies about two factor authentication... and backing up their stuff ..

aespa's members transform to a completely new look for the new set of teaser images preparing for the 'Next Level'
3 hours ago   15   4,988 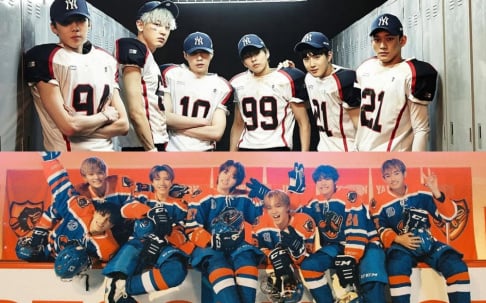 TRI.BE's Mire draws attention with her mesmerizing charms in the new concept film for "RUB-A-DUM"
40 minutes ago   0   241

The Sorting Hat Quiz: Answer some K-pop related questions and we'll tell you which Hogwarts House you belong to
1 hour ago   7   2,438

"It was a joke right?" Fans have mixed feelings over TXT Taehyun's remark, "Our happiness is directly related to album sales numbers"
2 days ago   212   36,816