Netizens often have certain reservations about idol actors when it comes to their skill and technique. According to many, idols turned actors are chosen to lead projects over perhaps more experienced actors simply because they bring with them an entirely new fanbase, often extending to global frontiers which widely help in the promotion of the drama. After all, even the best of K-Dramas incline towards what benefits them in regards to sales. However, that is not always the case. While there have been times that younger and inexperienced idols have been chosen over actors that have quite a bit of experience under their belt, it is not for the sole reason of their popularity. Just because they already have a successful career does not automatically make them privileged and therefore, more likely to get an acting role. In fact, it is quite the opposite.

When idols want to venture into acting, they put their entire reputation on the line. If the drama does not go well, their overall career as an artist might take a hit. Whereas, for a regular actor, even if a drama does not do that well, it will just be another statistic in a whole range of dramas that they are already set to appear in. On the contrary, if a drama does well for an idol actor, it adds to their merit tenfold. Two entirely different and vastly expansive avenues now open up to them to explore freely. This does not warrant criticism by any means. As a matter of fact, it must be extremely draining to maintain two careers at once. For active idols who promote their music as well as their dramas, the workload is double the usual and it is quite well known that the usual workload is already immense.

Not all idols delve into full-blown acting, however. For some, one or two dramas are all they’ll ever appear in and they help increase the idol’s overall appeal. For others, they transition completely into the acting career, either after their initial contracts are over or during a hiatus. Quite a few work hard to keep both in check for as long as possible. In any case, there is hardly any compromise on quality ever. A great example of this is the cast of ‘Hwarang’.

BTS’s V appeared in Hwarang as a supporting character alongside SHINee’s Minho and ZE:A’s Park Hyungsik. For V, this is the only drama he has acted in so far. It spiked his popularity even more than it previously was, if that was even possible, as he dipped his feet into the K-Drama waters. SHINee’s Minho, he has appeared in over 11 K-Dramas, with main roles in 5 of them, supporting roles in 4 and guest roles in 2. He has also established himself as an actor in films, having appeared in over 6 movies, leading 2 of them while playing supporting roles in the rest. He was an actively promoting idol during the filming and broadcast of most of these works and he will continue to be so after his military service is fulfilled as well. There is no telling which direction he’ll take his future to as he’s brilliant in both. Park Hyungsik was a member of ZE:A, debuting in 2010. At that time, he had also started appearing in variety shows and taking on smaller roles in dramas. In 2011, Park began his theatrical career as a cast member alongside Super Junior's Ryeowook in the musical “Temptation of Wolves”. After gaining recognition for his supportive role in the hugely successful television drama “Heirs” in 2013, he starred in a main role in the award-winning drama “What Happens to My Family” in 2014, “High Society” (2015), “Hwarang” (2016-2017) and “Strong Woman Do Bong Soon” (2017) and “Suits” (2018). He also took on leading roles in 3 movies, “Juror 8”, “Two Lights: Relumino” and “Ronin Pop”. In 2017, he signed with United Artists Agency, not renewing his contract with his former company. He has now taken up acting full swing.

Actors that used to be idols but are now completely immersed in their acting career include ZE:A’s Im Siwan, Hello Venus’ Kwon Nara, INFINITE's L, Seo In Guk, Bae Suzy, Lee Joon, and 2PM's Junho, among others.

Some key differentiating points between actors and idol actors are the fact that idol actors are more comfortable doing fan service on camera, acting silly, playing around while actors are more reserved and shy on variety shows or interviews. Idols treat cameras as a way of interaction with an audience while for actors, it is usually a piece of work equipment. Either way, actors, idols or otherwise, put an incredible amount of work into their art and should equally be appreciated for their effort without looking down on one or another.

Currently, YoonA is the one and 1st idol-actor who was chosen the BEST ACTRESS according to more than 200 experts, she really making history again ~

About TAEHYUNG, I think he has a big potential at acting, of course we still can't say clearly if he is good or bad or one of the best or etc since he did just a supporting role in 1 kdrama, I hope he does more dramas and even films to appreciate his acting skills. 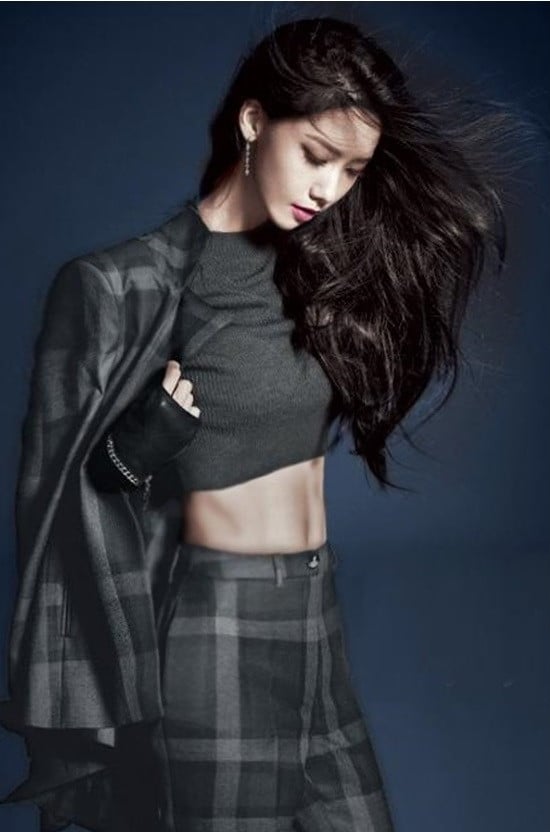 Generally speaking, WORSE...but there may be some exceptions

Netizens are hoping Mina finds the strength and reveals the celebrity who allegedly sexually assaulted her
2 hours ago   33   11,060

Viewers are satisfied with the new actor who replaced Ji Soo on the drama 'River Where the Moon Rises'
56 minutes ago   5   4,168

The man who stalked T-ara's Soyeon reportedly found her home by pressing all the door bells in her apartment building
25 minutes ago   2   1,558

Purple K!SS drops stunning performance clip to 'Intro : Crown' an opener to the group's debut mini-album "Into Violet"
41 minutes ago   1   354

Viewers are satisfied with the new actor who replaced Ji Soo on the drama 'River Where the Moon Rises'
56 minutes ago   5   4,168

Transgender celebrity Harisu responds to hate comments telling her she's not a woman
15 hours ago   160   19,569

Mina says she was sexually assaulted by a famous celebrity when she was in middle school
17 hours ago   92   37,715