Eric Nam confirms his comeback with a new mini album

On July 10, Eric Nam's agency confirmed to various media outlets, "Eric Nam will be releasing a new mini album on July 30. He has prepared music inspired by the sentiment of summer, that you want to listen to while feeling the cool breeze during an outdoor vacation. Please look forward to it."

This will mark Eric Nam's first comeback in approximately 8 months, since the release of 'Before We Begin' last year. In addition, ahead of his official comeback, Eric Nam will also be participating in an OST for ongoing KBS2 drama 'Men Are Men'. Fans can look forward to Eric Nam's OST release on July 13.

Now that you said it out loud, you're going to have to do it.

I can't wait! I love Eric, I really hope he does some kind of an online concert or even an acoustic session.

"These are idol group candidates right?" How Korean netizens are reacting to the contestants of Chinese survival show 'Youth with You'
1 hour ago   24   9,301

Netizens still praise the most legendary girl group concept that no girl group has surpassed yet
3 hours ago   21   17,119

'Penthouse' actor Park Eun Seok under fire for allegedly switching out his pets habitually
3 hours ago   13   7,301

"These are idol group candidates right?" How Korean netizens are reacting to the contestants of Chinese survival show 'Youth with You'
1 hour ago   24   9,301 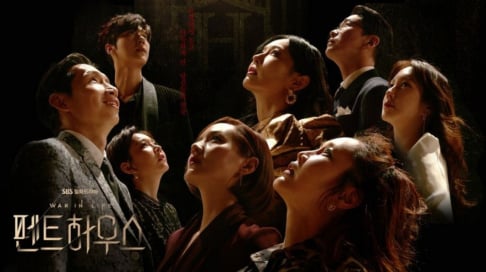